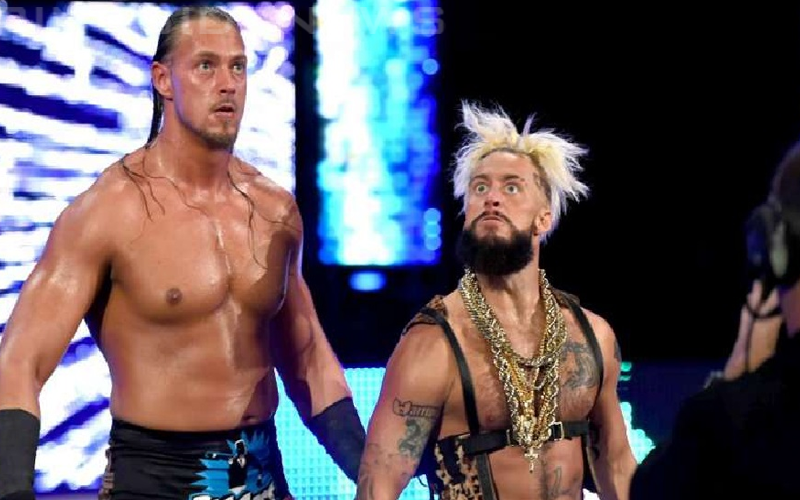 Enzo Amore and Big Cass might not be coming back to WWE but they are still a team on the indies and seem pretty close.

While speaking to Wrestling Inc, Enzo Amore discussed his breakup and eventual reconciliation with Big Cass. Most fans didn’t think that they would reunite, but in the end it wasn’t even the money that brought them back together.

Cass was going through a pretty dark period in his own life, but now he’s proud to proclaim that he’s not f*cking dead yet. As NZO explained, the two have certainly been through a lot in the last year.

“We’ve had such a crazy whirlwind of events over the past year of our lives to kind of rekindle a friendship, get back together, become business partners, best friends, and hit the road again. It’s that Woody Nelson song, dude, ‘On the road again,'” Enzo sang. “It’s a great song – we were actually listening to it on the way here like, ‘This is us, right?’ So, it’s just fun. I’m meeting a whole new group of wrestlers and talking to these guys, and I’m enjoying myself, man! It’s just freedom at it’s finest.”

We will just have to see where those two might end up next. WWE might not be an option after Triple H laughed at the idea of bringing them back, but it is a really good time to be an indie wrestler during a new booming period for the business.