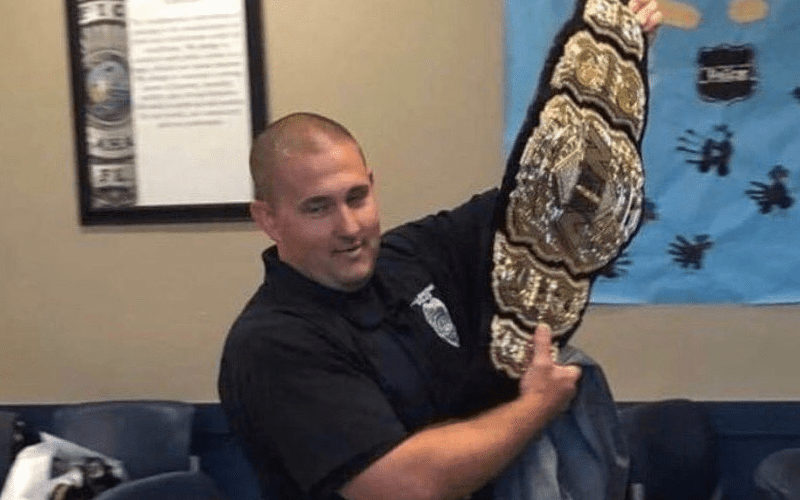 Update: Police are now unable to confirm that the AEW World Title was found and any social media post about the recovery has been removed. We will keep you updated about this on-going story.

Original Article: The AEW World Title was missing and assumed to be stolen, but now that story has changed.

A police report was filed and everything, but now Chris Jericho can call off his worldwide search for the missing title. All Elite Wrestling has confirmed that the title has been found.

The Tallahassee Police Department posted a picture with the AEW World Title with the following caption:

“Chris Jericho we have something that belongs to you. Celebrate with #ALittleBitOfTheBubbly (responsibly of course)! More information to follow”

It’s great news that AEW’s World Title has been found, but the better part might be that Chris Jericho’s love for a little bit of the bubbly has reached the Tallahassee Police Department as well.