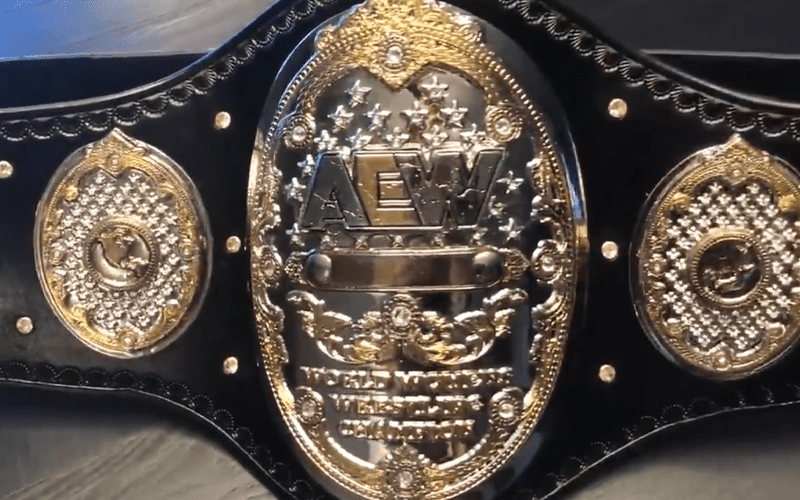 AEW crowned their first-ever World Champion at All Out and then less than 24 hours later the title was literally stolen from Chris Jericho as he ate at a Longhorn Steakhouse.

The AEW World Title wasn’t the only AEW title featured at All Out, because they also unveiled the new AEW Women’s Title. We didn’t get a very good look at the time at the time, but Brandi Rhodes is helping out with that now.

Rhodes uploaded a video of the new AEW Women’s World Championship with a brief description. She had a hand in helping design this unique title so she obviously knows a lot about it.

That is a great looking title. Now we will have to see who will be crowned the first-ever AEW Women’s World Champion. Nyla Rose and Riho will face each other on October 2nd during AEW’s first episode on TNT to decide the first champion.