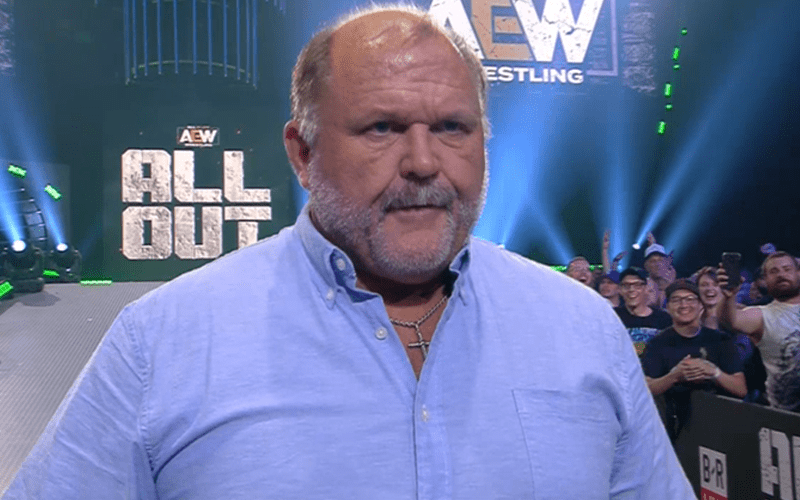 AEW’s All Out event was a big night and the pop of the night could have gone to Arn Anderson.

The legendary member of the Four Horsemen came out to lay down one of his signature spine busters before quickly exiting and the crowd was all there for it. This spot was so epic that The Rock even commented on it.

During Wrestling Observer Radio, Dave Meltzer explained the reasoning behind using Arn Anderson at All Out in the way that they did. A lot of fans were expecting to see him, but AEW pulled the trigger when fans were least expecting it would happen.

“It’s a very interesting thing because people would have been disappointed with no Arn Anderson so they gave them MJF with the idea that they’re gonna go, ‘Oh, it’s not Arn’ and then they gave them Arn Anderson in the match I think that world very well.”

AEW could continue using legends in this way because it seems to be working. This type of booking also doesn’t overshadow any current AEW stars presently working to become top names in the business.

Arn Anderson’s big surprise was a great moment at AEW’s All Out event. We’ll just have to cross our fingers and hope that All Elite Wrestling can keep up this kind of momentum.