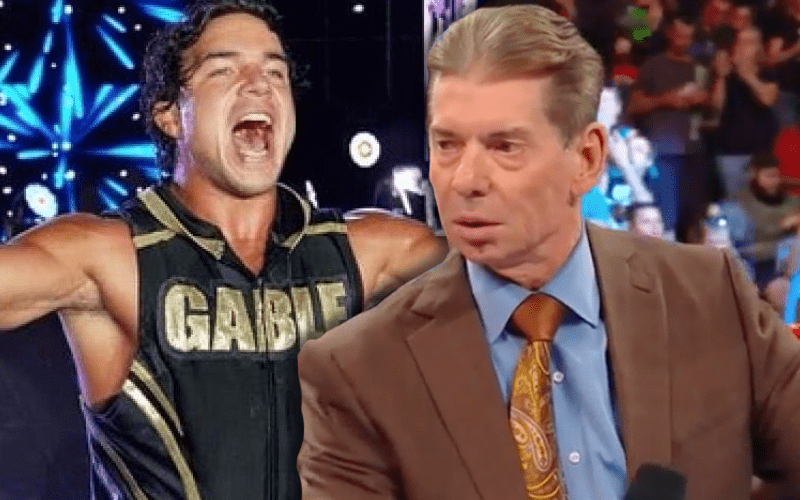 When pro wrestling fans compile lists of Superstars who would be better off leaving WWE, a lot of people put Chad Gable right on top of that list. It might be true, but Gable is willing to do whatever it takes to get Vince McMahon’s attention.

While speaking to PW Insider Elite audio, Chad Gable revealed that when he was moved to SmackDown Live, he approached Vince McMahon with a number of ideas. He said he was “begging” McMahon to do something with him.

We’ll have to see what might be coming down the road, but the lack of Gable’s involvement on SmackDown’s television show so far might be an indication of how McMahon took to those ideas.

“If I’m presented with something regardless of what it is I’m excited. I’ll tell ya from experience when Bobby [Roode] and I were broken up, when I got traded to SmackDown I immediately went to Vince, you know with characters, ideas for stories, I made my own vignettes, I did my own promos that I would bring my laptop in and show him. Just basically begging, pleading, doing whatever I could to do something, to get anything.”

“I wasn’t married to these ideas that I was giving him. I just wanted to throw as much at him and go, ‘Look, I’m open to anything. This is what I’ve got for you, but I’m willing to do anything you’ve got in mind because I’m ready to work. I’m ready to deliver for you.'”

“So when I’m doing that it shows them that I’m ready to work so when they come at me with something there’s no way that I’m gonna be a guy to poo-poo some idea, you know or anything that they give me. Them offering me anything means that they wanna invest in me and to me that’s a compliment and so I’m gonna take that and use it to my full advantage whatever ideas they throw at me and I take them all as a compliment and I’m ready. I’m ready for them to invest in me and I can guarantee they will get back their investment. I will deliver.”

Chad Gable is still in the King Of The Ring tournament as of this writing. He will get to lock up with Andrade and is excited about that as well. He is very open to doing whatever it takes to become someone that Vince McMahon can rely on. That might have not happened yet, but we will just have to see what is next for the former American Alpha member.