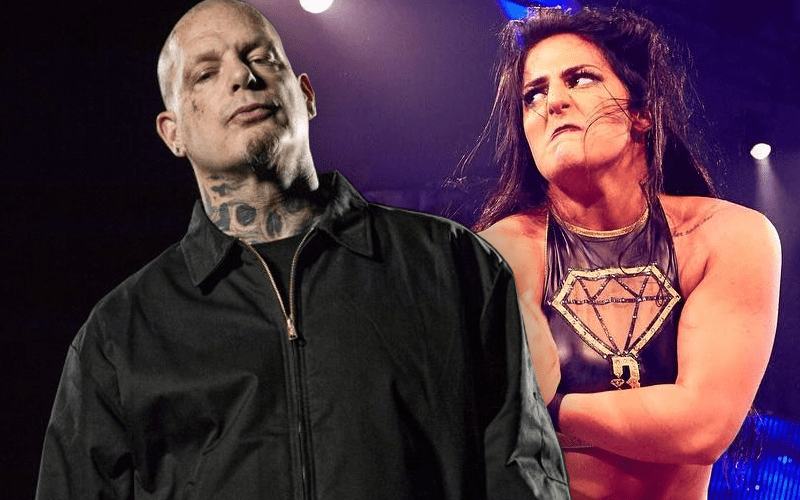 Tessa Blanchard is the first woman in Impact Wrestling history to main event a pay-per-view in an intergender match. She’s likely to add plenty more accomplishments to her resume along her career. Vampiro recently tried to offer her some advice, but it didn’t go too well.

In a tweet that Vampiro has now deleted, he suggested that Tessa Blanchard doesn’t need to show her butt in photos. He said she needs to show other strengths she has as she continues to inspire others. Then he said that she should be a model.

“You’re my friend. I like your comment. Don’t take pictures that show your butt. You’re beautiful, very, but show your strength as an athlete, and continue to inspire. I support you huge, change the way we look at women in our industry! Your other pics, you should be a model!”

Tessa Blanchard didn’t like hearing this at all. She might have read it the wrong way, but she was quick to make a point that an athletic badass woman can still be beautiful and main event pay-per-views. She has also never relied on her sexuality to get by in the business.

I see a strong, athletic, bad ass, empowering woman Main Eventing an @IMPACTWRESTLING PPV. I work very hard to stay in the shape of an elite athlete…I’m not naive, but I would expect for someone, esp. in the business, to notice that I don’t & have never relied on my sexuality.

Vampiro tried his best to do damage control and replied to clarify the point he was trying to make, but it might have been a little too late.

I apologize, it was meant as support, poorly written and no disrespect intended! Forgive me

And , yes your n awesome athlete And deserve the main, and much more!! What I meant was , keep doing what your doing, and thank you for doing so!

One fan responded saying that Vampiro was “covering up for saying something sexist” and the former Lucha Underground announcer replied saying: “I am apologizing for being misunderstood. Not the end of the world! So … sorry! Now, let it go?”

Vampiro might not have meant anything negative with his comment, but Tessa Blanchard took some offense. Let’s hope that these two are able to hash things out because we hate it when people argue on Twitter.