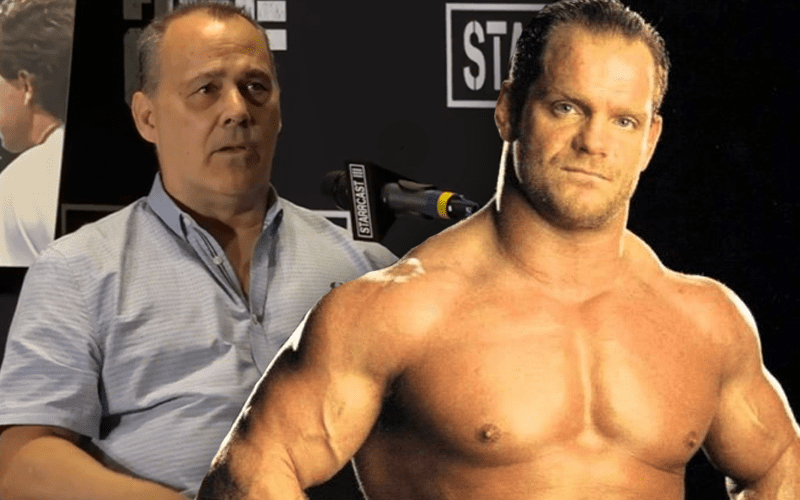 Chris Benoit shook the pro wrestling world with the tragic events surrounding his death, however, he had already changed so much during his life as one of the best pro wrestlers on the planet.

During his Starrcast III show, Dean Malenko was asked about Chris Benoit because the two were close. He didn’t go into their relationship much, but the two were obviously good friends and shared a lot of time together on the road.

One thing that Malenko did not deny is the fact that Chris Benoit was one of the greatest pro wrestlers and ahead of his time.

“It’s a very hard subject. Chris was a very dear friend of mine and that’s as far as I’ll go with it. As far as a friend, we formed a bond in Japan back in ’94. So it wasn’t a coincidence that we all took the same path from New Japan to ECW to WCW and, of course the WWF/WWE.”

“We all had the same mindset as far as our philosophy of the business and that was to go out there and give them 100% and give them a worthwhile match to watch. Chris was a great performer and one of the best to this this day. It was funny, because two days ago I was watching their matches because I like to go back and watch their matches now as a producer for AEW.”

“I like to go back and watch different things. What’s old is new, what’s new is old and I go back and watch old matches with Chris and I was just watching a match we did I think it was Thunder. I look back at him now and even some guys who have the talent today I look back at Chris and going, ‘he was just way ahead of his time.’ One of the best, ever.”

It is a shame the tragic events of his death seem to make people forget that Chris Benoit was one of the greatest wrestlers on the planet at the time. This is a horrible story that hasn’t gotten any easier to hear as Benoit murdered his wife and young son before taking his own life.

Chris Benoit’s story is set to be featured on the upcoming season of Viceland’s Dark Side Of The Ring as well.