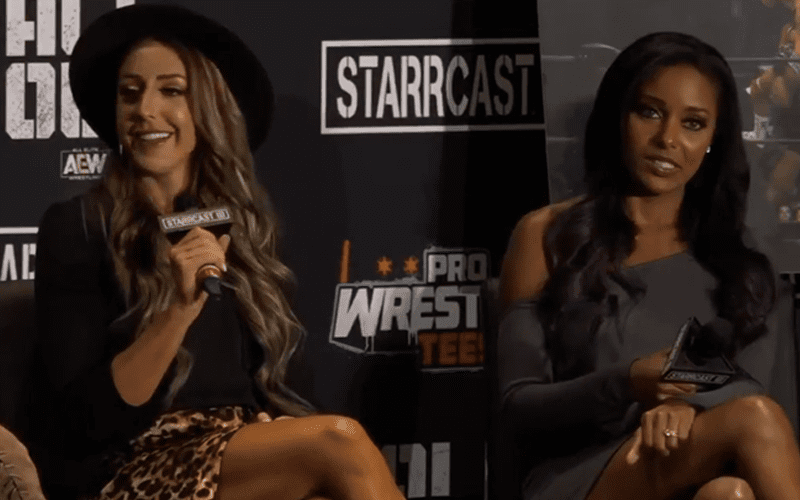 Britt Baker was AEW’s first female signing, but she almost never got booked.

All In featured a match that saw Tessa Blanchard defeat Dr. Britt Baker, Chelsea Green, and Madison Rayne. Now all of those women are signed to three different companies, but it almost never happened for Baker.

Brandi Rhodes admitted during the Women Of AEW panel at Starrcast III that she almost told The Elite not to book Britt Baker at All In. She was very passionate about what they were doing, but it might have been a bit excessive.

“Britt was painfully persistent to get booked at All In so much so that I almost wanted to say don’t book her because she’s doing too much. Really I thought, you know what? Someone who is that passionate and sees this vision like we didn’t even know how far this was gonna go.”

“So absolutely, once we figured out we were doing this scale, the first person that I wanted was Britt Baker and I got her, yay.”

Britt Baker did sign with AEW, but now the real test will begin for AEW’s resident dentist. She will need to defeat 20 other women in the Casino Battle Royale match at All Out. One of them will apparently be Brandi Rhodes.