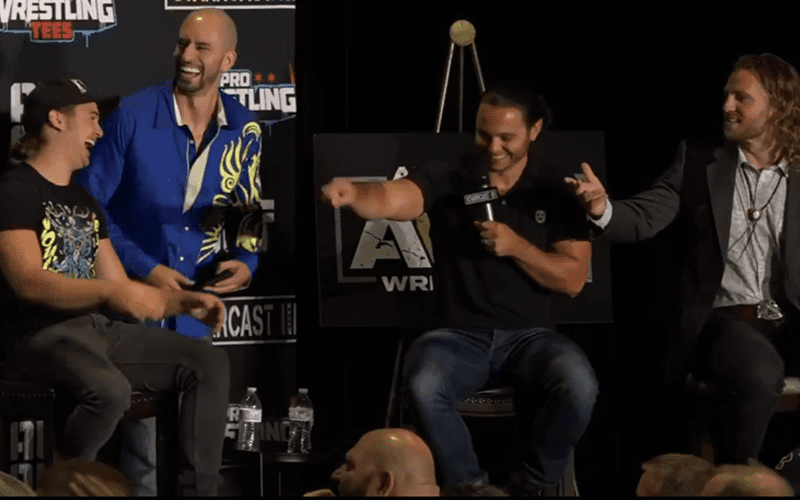 The Wednesday Night Wars are a very real thing and AEW will be going head to head against NXT. This has created a lot of friendly competition between the two sides.

During the BTE Mailbag at Starrcast III, The Elite had a couple of chances to take some digs at WWE and the didn’t miss many opportunities.

Hangman Page asked why they didn’t have any pyro for his entrance. Then he was told they were working on a “WWE budget.”

Later on, Nick Jackson took a different shot as he said that “I think we are all forced [to watch bad wrestling] if we’re watching WWE, right?”

The kicker was Matt Jackson explaining what kind of television show to expect from AEW. He stated that they won’t have stories that fall apart after two weeks. He swore that there was no intentional dig at WWE there, but come on, Matt.

Odds are there will be plenty more digs at WWE from AEW. After all, Cody’s busted throne is on display at Starrcast III as well. This Wednesday Night War is only going to get more intrusive as things carry on.