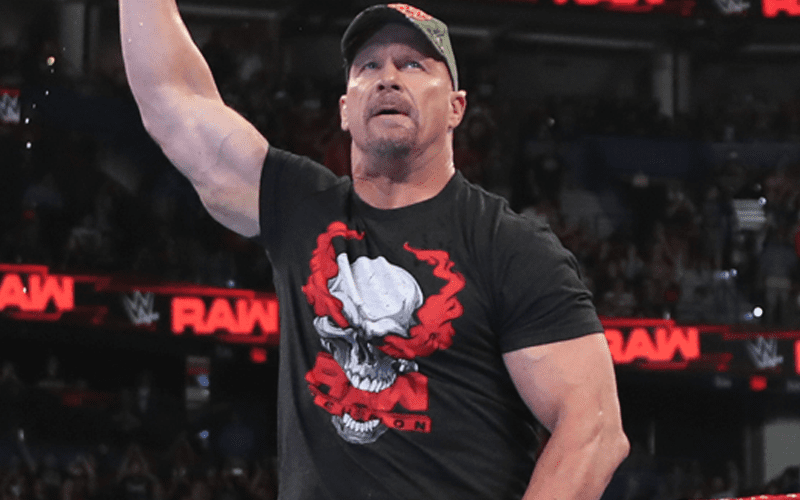 Steve Austin will be making his return to WWE on September 9th, but don’t expect a full-fledged return for The Rattlesnake.

Austin was just at the RAW Reunion show, but WWE is doubling down rather quickly by calling him back already.

Mike Johnson was asked during PW Insider Elite audio why WWE is bringing Steve Austin in for their September 9th episode of RAW. This episode will air from The World’s Most Famous Arena, Madison Square Garden in New York City.

There is a very good reason why Steve Austin is being called in and it has to do with the low ticket sales WWE has experienced so far.

“A lot of people asked me why is Steve Austin added to RAW in The Garden. It’s quite simple. They have not sold out The Garden. They’re half sold out for RAW and a little bit less than half sold out for SmackDown based on the seating maps I’ve seen so they’re gonna add some additional attractions to try and bring people in.”

“This will be Steve Austin’s first time back in Madison Square Garden which is the place where he first hit Vince McMahon with a Stunner all those years ago and of course, headlined pay-per-views there including Summerslam ’98 against The Undertaker there and so on and so on and so on.”

“So he is going to be there as a special attraction. I’m sure he’s not taking any bumps. He’s not going to be getting involved. He’s probably just there to do something.”

WWE gets an extra hour for RAW, therefore, they can afford a long “Stone Cold” promo if that’s what they want to do. The important takeaway is that despite the fact that this is the go-home RAW before Clash Of Champions, “Stone Cold” Steve Austin won’t be getting involved in any stories.

We’ll have to see what WWE and The Rattlesnake can work out, but it’s not likely that he’s being called in to do anything except to plug Straight Up With Steve Austin on the USA Network and drink a few Broken Skull IPA beers.