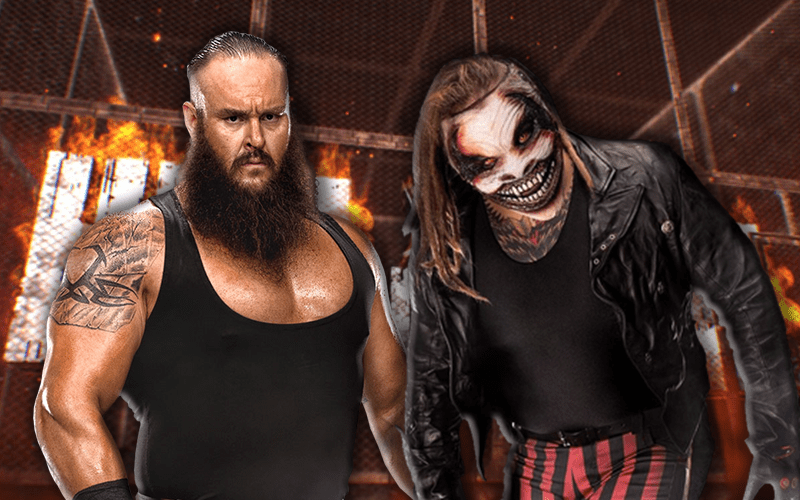 Hell In A Cell is going to happen on October 6th and the Golden 1 Center in Sacramento, California announced a huge match last night.

It is being promoted that Bray Wyatt’s Fiend will face either Seth Rollins or Braun Strowman in a Hell In A Cell match. Most fans are assuming that this means Wyatt will be facing the winner of the Universal Title match at Clash Of Champions.

Braun Strowman didn’t have anything to say about the Universal Title, but he did make a comment toward Bray Wyatt about the student becoming the teacher.

If the student has to teach the teacher then so be it!!!! He can get these hands like anybody else. #LetTheGamesBegin #MyDoorsOpenComeOnIn

If Braun Strowman and Bray Wyatt threw down in a Hell In A Cell match that could be very appropriate. After all, Braun Strowman started his WWE career off as the black sheep in the Wyatt Family.

We’ll have to see what happens in the meantime, but it sounds like The Monster Among Men is more than ready to take on The Fiend.