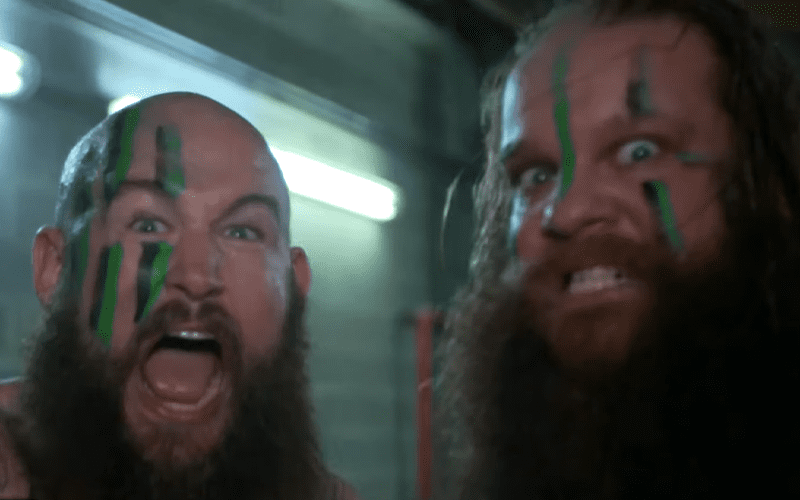 The Viking Raiders are former NXT Tag Team Champions and they were not happy about how their time in the tag team turmoil match ended last night at all.

Erik and Ivar cut a furious promo when they arrived backstage after they were DQed along with The OC last night on Raw. The former Raymond Rowe (Erik) spoke about their history with The Good Brothers when they got backstage. This appears to be building toward a tag team blow-up and WWE fans will be lucky to witness the destruction when it finally happens.

“Gallows, Anderson, we’ve known you boys for a long time. This is far from finished! This is far from over! Until we get our hands on you we’re gonna take it out on every single team we can find! I don’t care if it’s Raw, SmackDown, or NXT… NO ONE IS SAFE!”

The Viking Raiders are not the kind of people that you really want to upset, but it looks like the OC has done just that. Let’s just sit back and watch the carnage because they are likely to be doing a lot of violent things in the meantime.