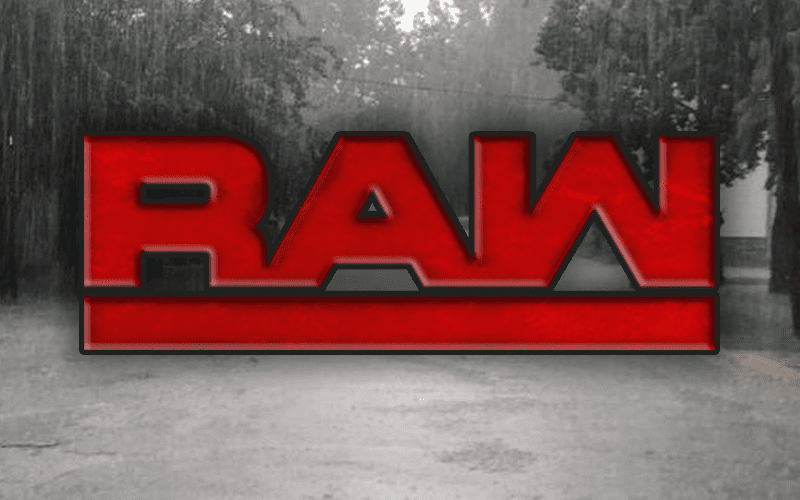 WWE Superstars have to go through a lot when they travel from city to city for the company. Drake Maverick wasn’t on Raw in New Orleans, but it didn’t have anything to do with the reason he gave.

Maverick tweeted out before Raw that he was unable to make the show due to flood conditions. It did rain like crazy before Raw, but that had nothing to do with why he wasn’t on the show.

PW Insider reports that Drake Maverick made it to Raw last night and he was backstage, however, he just wasn’t used. The flood was tweeted out as a reason that he didn’t appear on the show despite the fact that he was actually there.

Although he claimed local flooding had kept him from Raw, Drake Maverick was backstage.  I thought his social media excuse was a really clever way to push his character without appearing.

Drake Maverick has pulled quite a few clever tricks to gain attention. His social media activity with the WWE 24/7 Title brought new life to that title as the company eventually wrote it into their television storylines.

This just goes to show that even if WWE doesn’t have time for a Superstar on the show that they can still involve themselves in some respect.