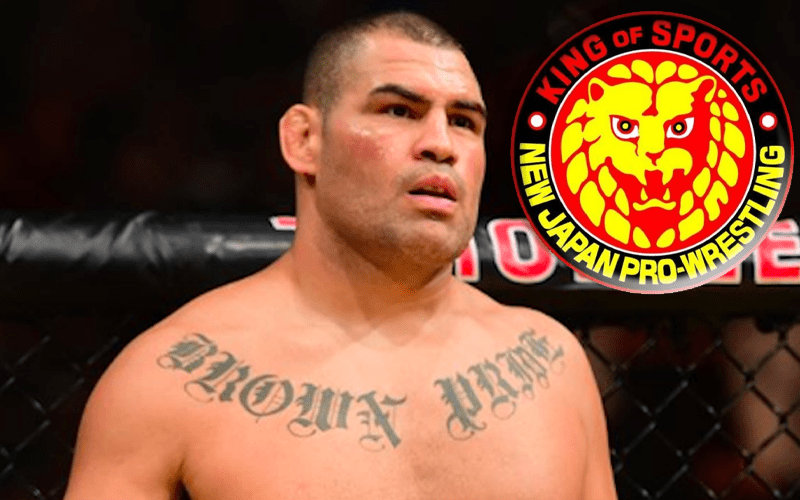 Cain Velasquez surprised a lot of people with his pro wrestling debut at TripleMania and now he might want to expose himself to a different style after tackling lucha libre.

Marc Raimondi reports that the former UFC fighter was at the New Japan Super J Cup in San Francisco, but he wasn’t just there as a fan. In fact, it was reported that he had an “informal meeting” with NJPW officials.

Cain Velasquez is at the New Japan Super J Cup show tonight in San Francisco. Sources said he’ll be having an informal meeting with NJPW officials. Velasquez is signed on for two more Lucha Libre AAA matches, but several other wrestling promotions have interest, per sources.

Velasquez does have two more matches scheduled with AAA, but after that he really could go anywhere. It appears that Cain Velasquez is certainly keeping his options open and that includes mixing it up with some of the strongest styles in NJPW.