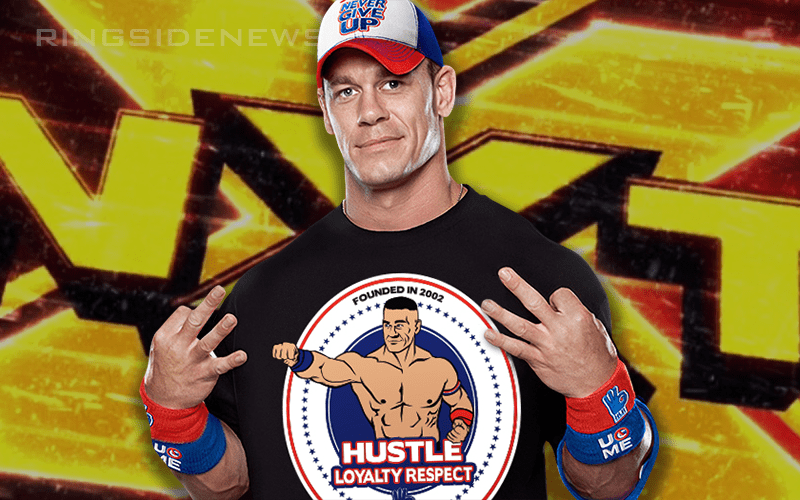 John Cena never spent any time in NXT during his run as a full-time Superstar in WWE, but he definitely saw the big news today about NXT’s move to the USA Network.

The 16x World Champion commented on NXT’s move to the USA Network as he said it is a “long step away” from their previous role as WWE’s developmental system.

He went on to congratulate WWE on this big move as well. It makes us have wonder if Cena might someday find himself on NXT to pop a rating. After all, Full Sail would be easier to get to if Cena was around the Florida area.

A long step away from “developmental system down in Florida.” From the first #NXTArRIVAL on @WWENetwork to a weekly television show on @USA_Network. Congratulations to @WWE and @WWENXT!

John Cena is a big box office draw in Hollywood now so him commenting on this move is a big deal. Because not only did pro wrestling fans see this tweet, but so did tons of other people who just like Cena because he was in Bumblebee.

Now non-WWE fans of Cena will see an announcement about a new pro wrestling show as well which can only help WWE’s position as they settle NXT into a new television home.