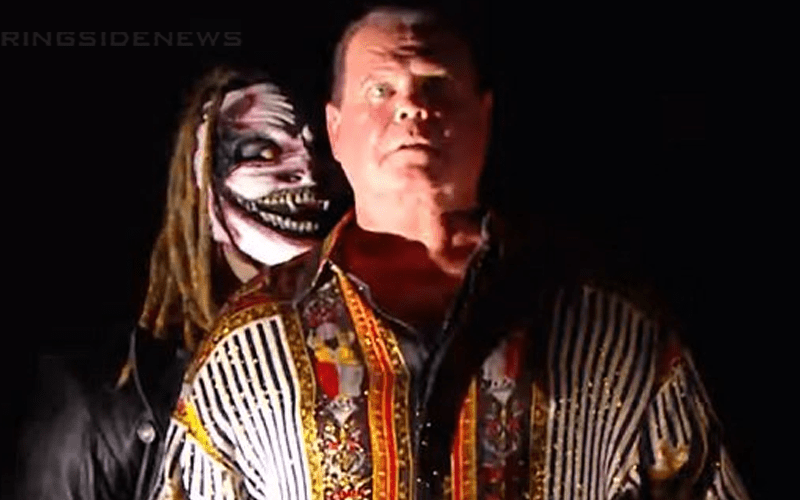 Bray Wyatt surprised Jerry Lawler last night on WWE RAW and this resulted in the WWE Hall Of Famer catching a Mandible Claw on the entrance ramp. That is the most physicality Lawler has been involved in since suffering a cardiac arrest live on the air after having a match on RAW years ago.

WWE released an update on Jerry Lawler’s condition following Bray Wyatt’s attack last night on RAW. He seems to be okay, but he was still “under supervision” when leaving the arena.

As Jerry “The King” Lawler prepared to interview Sasha Banks on a special edition of “The King’s Court” this week on Raw, “The Fiend” Bray Wyatt emerged for the first time since SummerSlam to attack the WWE Hall of Famer with the Mandible Claw. Lawler reportedly left the arena under supervision following the incident.

Bray Wyatt seemed to be apologetic for The Fiend’s actions following his attack on Jerry Lawler. At least he had fun in the process.

It was …….perfect
#Xibalba

We’ll have to keep waiting to see who Bray Wyatt decides to target next. In the meantime, it might be a good idea to stay aware of the fact that anything can happen with The Fiend around.