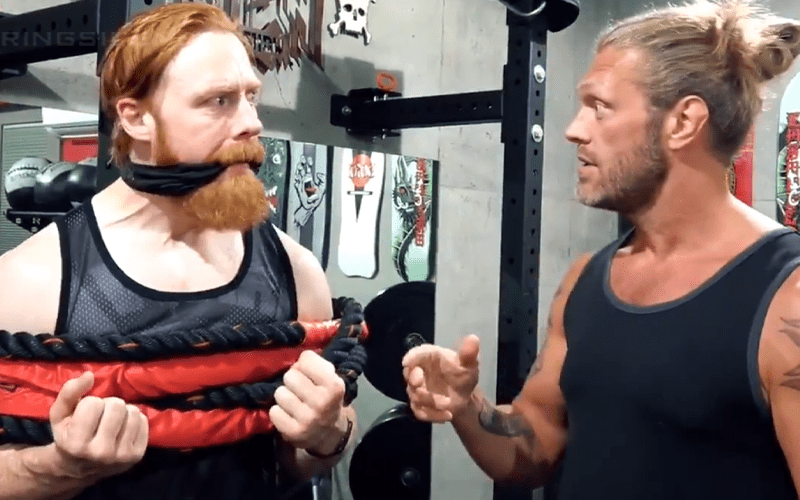 Sheamus has a very intense workout regiment, but Edge is no slouch either. In fact, The Celtic Warrior might not be a fan of working out the way Edge does it.

In a hilarious promo video for an upcoming episode of Celtic Warrior Workouts, Edge revealed that he had such a great time working out with Sheamus the last time that they’re doing it again.

Then the camera panned over to reveal that the Rated R Superstar had actually tied Sheamus up. All Sheamus wanted to do was go home, but Edge wanted another workout.

Eventually, Sheamus agreed that he would do one more workout if Edge will let him go. That’s not a bad trade-off, but it was certainly a hilarious video to watch which you can check out below.