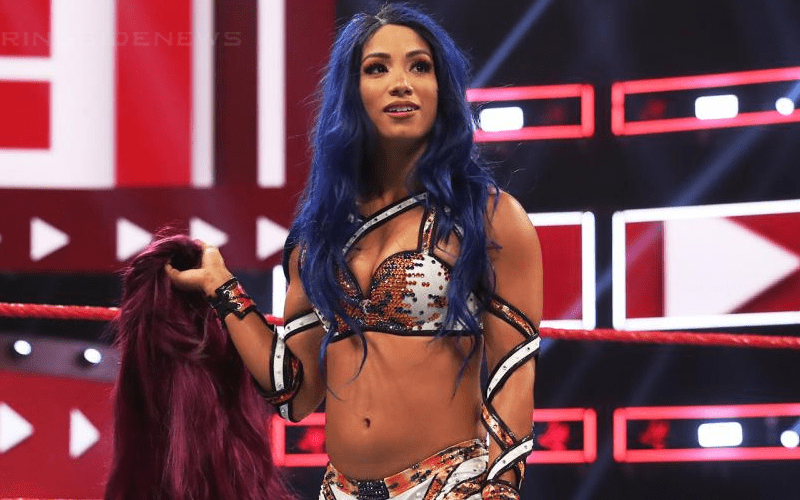 Sasha Banks made a big return to WWE over Summerslam weekend. She was in Toronto even after so many people didn’t want to believe it.

The Boss’ big return was also a huge heel turn, but some fans were even more shocked at another change Banks made. Because Sasha Banks’ trademark purple hair is now blue.

WWE didn’t waste any time making this change official either. Because they altered Sasha Banks’ profile on their website right away. Now The Boss can be seen rocking her blue hair as she left purple behind her.

You can check out a picture below of Sasha Banks’ new headshot that WWE is using. It is interesting that the other profile picture WWE is using is the one featured above with her holding that purple wig after making the big reveal that we’re getting a much different Sasha Banks this time around.