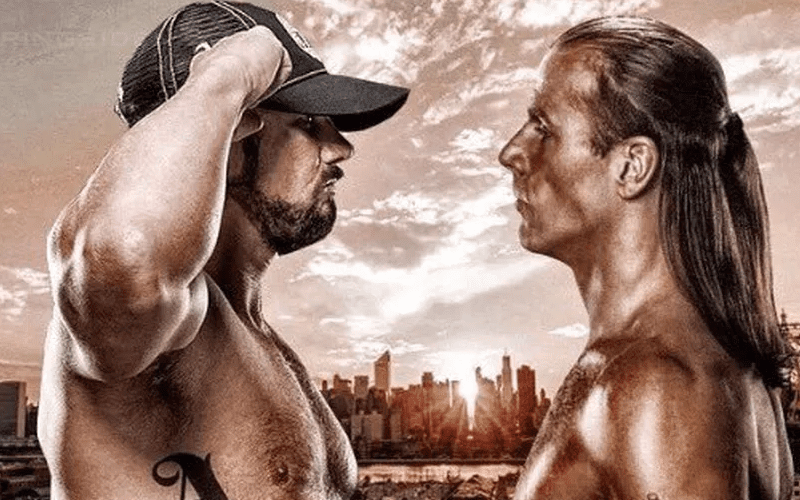 There are a lot of dream matches that fans would love to see and AJ Styles vs Shawn Michaels is one of them. It turns out that The Phenomenal One was game to have that match go down, but The Heartbreak Kid said no.

While speaking to WWE Now, AJ Styles revealed that he actually spoke to Shawn Michaels about having a match, but he was turned down. Although Shawn Michaels did come back for a tag team match in Saudi Arabia, AJ Styles understands HBK’s desire to remain retired.

“I would have loved the opportunity to have gotten in the ring with him. I’m not sure what it is about Shawn and I that people see as like, ‘Oh wow, these guys are one and the same.’ I would like to think that there are so many great matches by Shawn and hopefully there are a lot of great matches that you see me in. And that’s the comparison. That [we’re] able to put on a show no matter who is in the ring with [us]. It’s certainly a compliment.”

“I asked Shawn [about a match] and he said ‘No.’ That’s on Shawn, guys. I can’t do anything about that. I would love to opportunity to do that [match]. But I get where he’s coming from too. It’s one of those things where, if you say you’re gonna retire — Now, granted, he had a match after his retirement, one [match] — but I understand not really wanting to do it. When I retire, I want to [stay] retired too.”

There is no question that Shawn Michaels vs AJ Styles when both were in their prime would have been amazing. However, it wasn’t in the cards.

Even when AJ Styles could have arrived in WWE a decade sooner it didn’t work out. There is also no guarantee that fans would have wanted to see the match as badly either. This is probably going to remain a great match that nobody will ever see, but if The Undertaker vs Goldberg taught us anything it’s that some dream matches are meant to remain in our imaginations.