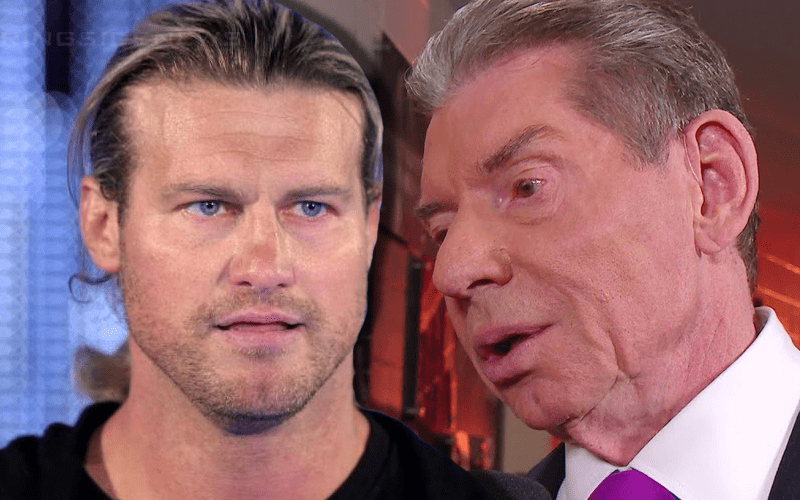 Vince McMahon and Dolph Ziggler had a very good deal, but it was just a handshake agreement. However, it seems McMahon isn’t holding up his end of the bargain.

Ziggler has spoken about his handshake agreement with Vince McMahon in the past and how unique it is. He might have wanted to get something in writing because it doesn’t seem like McMahon is game to let him go at this point.

Bodyslam.net reports that Dolph Ziggler and McMahon had a deal that he would work through Summerslam with Monday being his final date. Then McMahon would grant Ziggler his release from the company. Apparently, that didn’t work out like the Show-Off thought it would.

On Monday prior to RAW, Dolph approached Vince McMahon to thank him, however it was then that Vince told Dolph that he could not let him out of his deal, and that he would “rather just pay him to stay home.”

Dolph Ziggler was absent from SmackDown Live last night after losing to Goldberg at Summerslam. It is very interesting that this deal would be in place because WWE is also advertising Ziggler in a triple threat match for the WWE Title during the debut episode of SmackDown Live on Fox.

It stands to reason that WWE wouldn’t want to let Dolph Ziggler go seeing how much competition there is for talent right now. We will keep you updated on this on-going story right here at Ringside News.