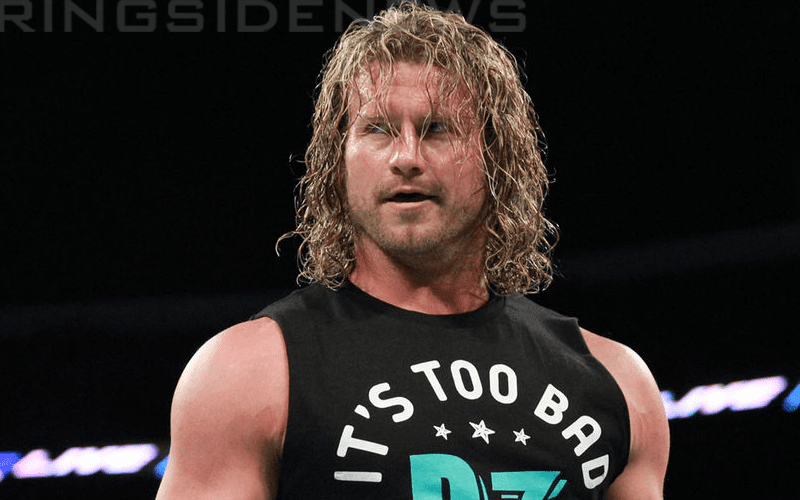 Dolph Ziggler is very busy with his stand-up comedy career. DZ and Friends has tour dates all over the country and they are looking to tour abroad as well. However, The Show Off is still a WWE Superstar.

While speaking to 98.5’s Wrestling Inside the Ropes, Dolph Ziggler explained how “it’s weird” because he’s been working on a handshake agreement with Vince McMahon for two years. This has afforded him to do a lot of things, but apparently, nothing is 100% on paper from the sounds of it.

Ziggler returned to the Royal Rumble for a few minutes in the men’s over the top rope match where he had a good showing. This was days after he confirmed a “WWE hiatus.”

He can still perform at a high level because he keeps in shape and is a natural in the ring as well. However, he is also very gifted on the microphone and is very much enjoying the freedom to pursue his comedy passions away from WWE.

It wouldn’t be a big surprise to see him make an appearance at WrestleMania though because if anything, Ziggler could always be an addition to the Andre The Giant Memorial Battle Royal match.

You can check out Dolph Ziggler’s current comedy tour schedule below. It is very apparent to notice that he is booked to be in NYC during WrestleMania weekend.