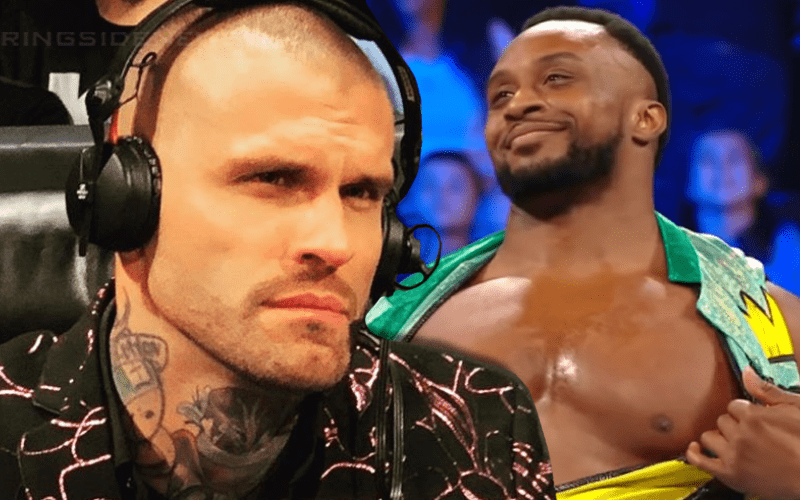 Big E likes to have a lot of fun and Corey Graves is loved by a lot of people in the WWE locker room. That’s pretty much all the groundwork one needs before hearing this story.

Corey Graves uploaded a video of Big E coming at him during a commercial break this week on SmackDown Live. While the live audience in Toronto watched some commercials of their own, Big E approached Corey Graves while announcing that he’s coming at him.

This didn’t get physical, but Corey Graves did seem to push Big E off of him. It was all in good fun, but you have to wonder how tempting it was for one of them to try and wrestle the other to the ground while SmackDown was on commercial break.

It’s great that they can have this kind of fun and really makes us wonder where Corey Graves would be if he didn’t have to retire from in-ring competition as he was on his way to being a big Superstar himself before concussions took his in-ring career away.