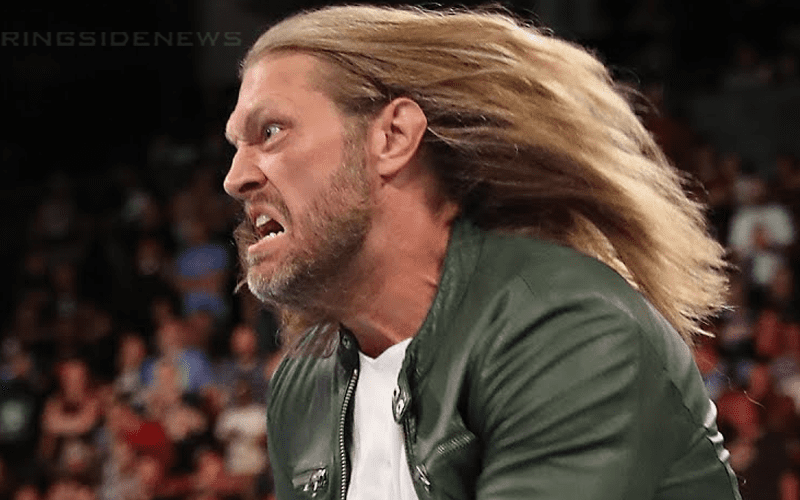 Edge got what could have been the pop of the night at Summerslam and it took place during the kickoff show.

Mike Johnson said on PW Insider Elite audio that Edge making his surprise return for one Spear was actually a bigger moment than some realize. Because it’s the first move he’s executed since 2011 when he was forced to retire.

“I think this is the first time Edge has hit anyone with a move since he was medically disqualified from wrestling shortly after WrestleMania 27.”

Edge had to retire after WrestleMania where he defeated Alberto Del Rio. He was still a champion at the time which made the moment so much harder for fans of the Rated R Superstar.

Don’t expect Edge to become a part-timer who comes back for one more match though. He’s said plenty of times that he’s not returning due to his injuries. WWE does have a lot of money at this point though. Therefore, you can really never say never, but let’s just hope for his sake that he makes the best decision for his own personal health.