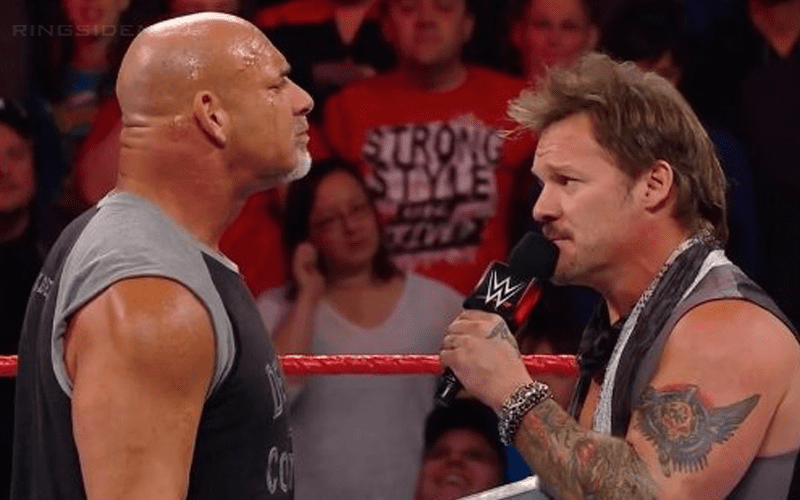 Goldberg returned at WWE’s Summerslam event and he won in quick fashion. Matt Riddle was not happy about this at all and you can check out that footage here. It turns out Chris Jericho was pretty happy about it.

Y2J sent out a tweet after he witnessed Goldberg make quick work of Dolph Ziggler. The AEW star praised Goldberg for having the “best spear of all time.” That means a lot coming from Jericho who has taken a few spears in his career.

Say what you want, but @Goldberg still has the BEST spear of all time. Nobody makes it look that devastating…NOBODY!