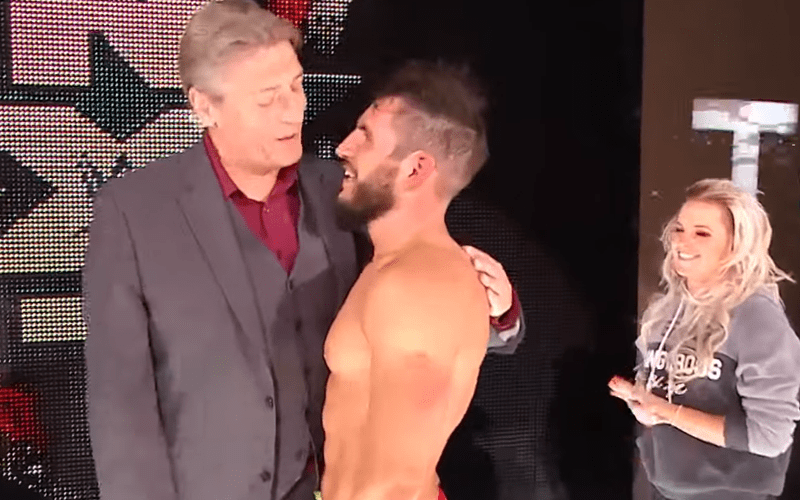 Johnny Gargano has already been called up to the main roster, but he was brought right back to NXT because he had unfinished business. Now it seems like he could be looking to take that next step once again.

After NXT TakeOver was over, Gargano stayed in the ring while referees and Candice LeRae ran down to check on him. He was okay as he received a huge ovation from the Toronto crowd.

Then William Regal came out and had a moment with Gargano as they let the TakeOver crowd continue to show their appreciation.

Triple H addressed this during his post-TakeOver conference call where he said that this is just something that William Regal wanted to do. Therefore, it didn’t necessarily signify a call-up or leaving NXT once again.

We’ll have to wait and see what is next for Johnny Wrestling because he could always get a call-up. After all, everything is up to Vince McMahon, but the end of TakeOver wasn’t constructed to necessarily mean that he will be leaving NXT.