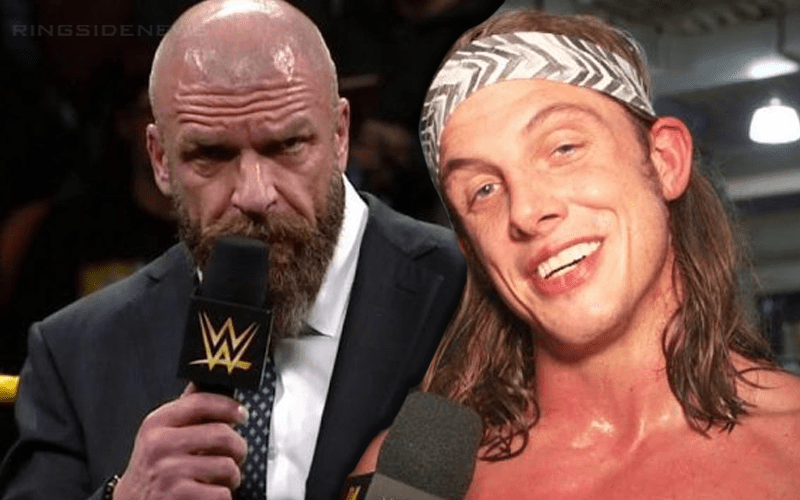 Matt Riddle has ruffled quite a few feathers by throwing shade at Goldberg, Chris Jericho, and a few other WWE legends. This might have amounted in an online beef with Jericho, but Triple H doesn’t seem to mind much, at least that’s his story.

During the conference call after NXT TakeOver: Toronto, Triple H was asked about Matt Riddle’s recent comments concerning WWE legends on social media. The Game responded that The Original Bro can say whatever he likes because “he’s a big boy.”

“It’s social media. It’s his opinion, he can say it. It is what it is. Matt Riddle’s a very outspoken person so, good for him, he’s a big boy, yeah.”

It doesn’t sound like Triple H had much to say about Matt Riddle’s comments about Goldberg and other WWE legends. Because The King Of Bros is certainly an outspoken individual which is very clear. Let’s just see if if wins him any favors on the main roster.