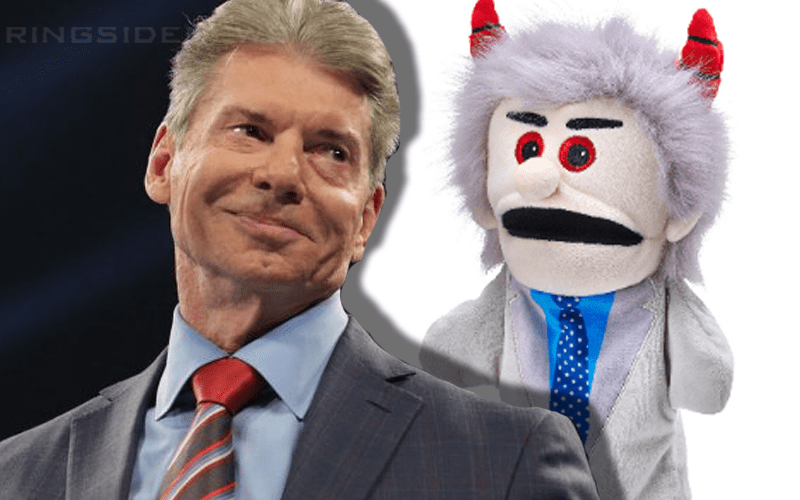 Vince McMahon is a very polarizing individual, so this item will probably fly off the shelves.

Bray Wyatt introduced an evil Vince McMahon puppet as part of his Firefly Fun House. He told Wyatt that he can never leave… we’re assuming that this included a ton of homages to Jon Moxley which we previously covered.

WWE is also giving Bray Wyatt a big merchandising push and this includes making consumer versions of Wyatt’s puppet pals. They might not be the same quality as their Firefly Fun House counterparts, but these puppets might do well considering the market.

One puppet that really caught our attention was the evil Vince McMahon puppet. Yes, he made the line of merchandise, because why not? It also makes it amazing to picture Vince McMahon sitting in a meeting going through and approving the sale of an evil puppet version of himself.