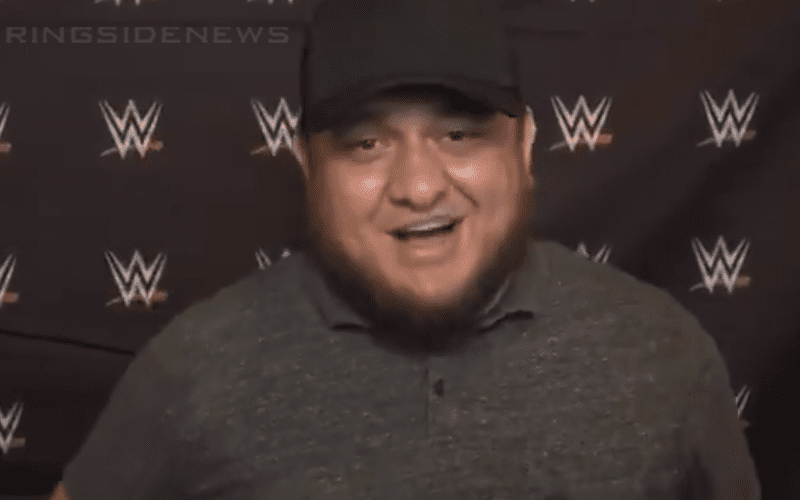 Samoa Joe is having a great time before Summerslam and he’s addressing some annoying questions in a big way.

Here are some questions that Samoa Joe is apparently always asked: “How did you get started?”, “Who’s your dream match”, and “Who do you look up to?” Gorilla Position got some footage of Joe coming at those questions and it’s great to see.

With a smile on his face, he called the dream match question annoying because he’s been asked that question since he got started in the business. He’s also never had an answer for the annoying question. Then he had an even better way to explain how he got started if he’s ever asked.

Joe says that there is a Wikipedia page for him and apparently, it gets his blessing. So, you can just check that. Samoa Joe also said the next time he’s asked how he got started he’ll just spell out his Wikipedia page letter by letter.

If you ever ask Samoa Joe who he looks up to then he’s got a reply for that: “Myself, why would I look up to anybody? I’m ill!”

You can check out the video below of Samoa Joe explaining what you just don’t need to ask him. Because he’ll be straight forward about it and that’s just the way he is.