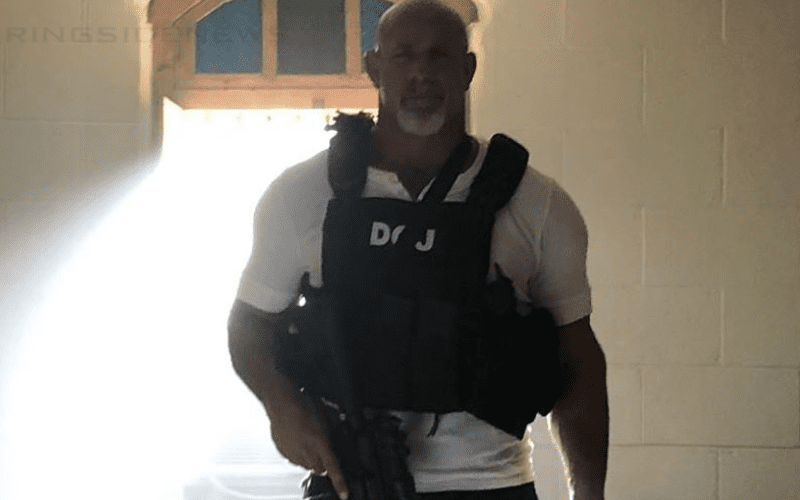 Goldberg will be making his WWE return this Sunday at Summerslam, but he’s had quite a busy week.

The former WWE Universal Champion revealed via Instagram that he needed to be on the NCIS LA set this week to reprise his part as Lance Hamilton.

Crazy weekend ahead…… ncisla …. then @dodgeofficial #roadkilllnights ….. then off to Canada to lace ‘em up for @wwe #summerslam! THEN… another redeye 😜 and back to L.A. wrapping up

We previously reported via Brad Shepard that WWE wanted Goldberg to stick around and take part in SmackDown Live. However, he had a previous commitment. It appears that we know what he was doing now because he had to play police officer for a bit.