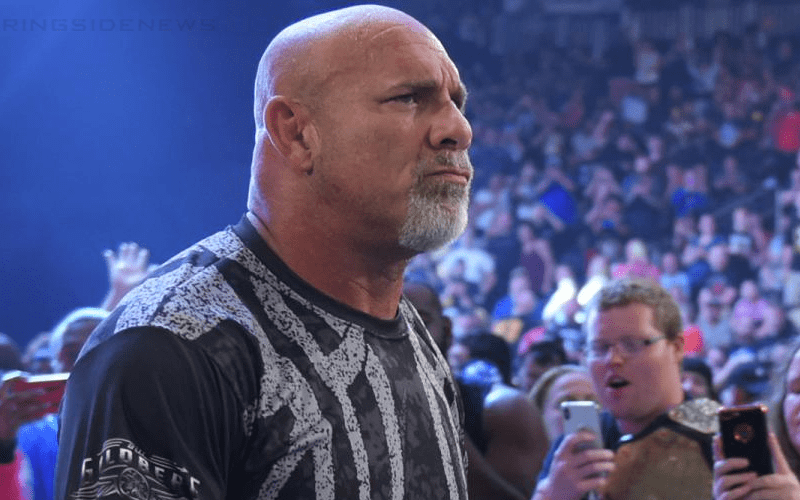 WWE has a lot of big plans, but not all of them can work out. This is especially true when they have to work around other people’s schedules.

Goldberg made a big return to WWE television this week on Raw, but apparently, they wanted him to stick around and give SmackDown a little boost as well. That couldn’t be worked out as Brad Shepard explained on Oh, You Didn’t Know because Goldberg had prior commitments.

“WWE actually wanted Goldberg to appear on SmackDown Live. I was told, okay so Tuesday I was told that they wanted him to appear and they weren’t sure if he was going to be able to.”

“This could have been a small part of the reason that they needed to change the show, but basically, Goldberg had a commitment and it was gonna be one of those super close situations whether he could appear or not, but ultimately he could not. They could’ve used him though. I mean they definitely could have used him to give a shot in the arm to this show.”

We can only imagine what kind of plans they would have had for Goldberg on the blue brand if they could have worked something out.

Goldberg appearing could have definitely put a damper on Dolph Ziggler’s entrance as he used Goldberg’s music and gimmick. Perhaps it is better that the two remain separated until Summerslam when we really find out who’s next.