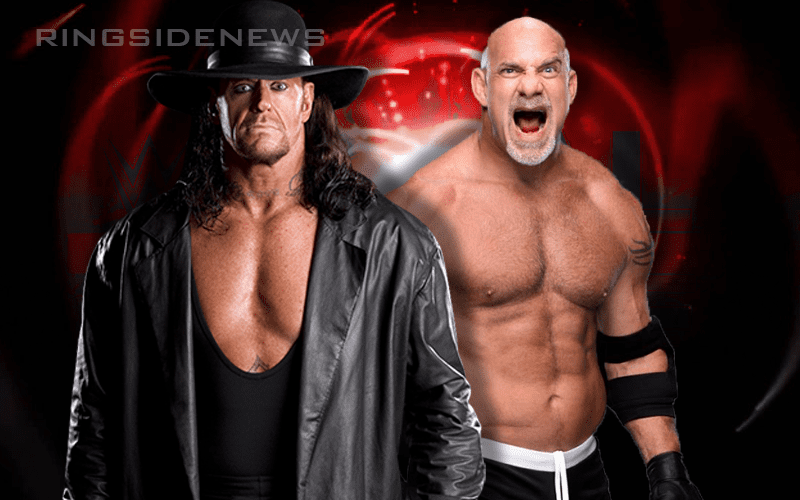 WWE is getting ready for Summerslam in a big way and tonight’s RAW looks to be a loaded show. Let’s just hope they can deliver.

Brad Shepard reported that Paige was backstage at RAW tonight along with many other SmackDown Live Superstars. He was right about this because minutes later WWE started announcing a bunch of matches that included blue brand Superstars. This included a WWE Women’s Tag Team Title match that featured Paige’s Kabuki Warriors.

When asked if The Undertaker or Goldberg was backstage, Shepard replied that he hadn’t heard either name mentioned.

The Undertaker is not slated for Summerslam, but Goldberg’s name was thought to be a possibility for tonight’s show. Because Goldberg is reportedly Dolph Ziggler’s actual Summerslam opponent.

However, it should be noted that Goldberg might possibly be injured as he sent out a rather disturbing photo yesterday of what looks like a bloody leg wound. So let’s hope that Summerslam match is still happening.