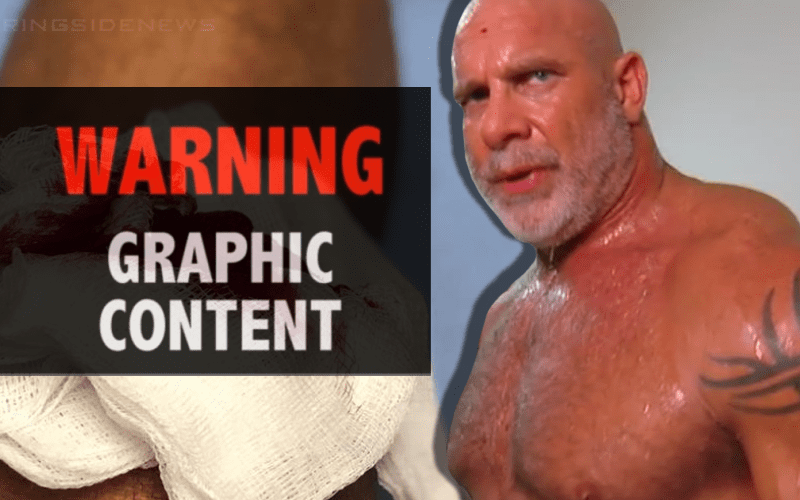 Goldberg is reportedly coming back at WWE’s Summerslam event to work a match against Dolph Ziggler. This new picture might be a big concerning.

The former WWE Universal Champion sent out an Instagram message including a picture of his very bloody leg. It looked like he was on some sort of an examination table and his leg was being tended to. However, the severity of the injury looks like it could be pretty bad.

The ominous sound of the short caption that accompanied the photo is also somewhat concerning.

It would be great if this is an old photo, but we can’t think of any reason why he would share an old injury photo unless he was just trying to throw fans off the scent of his WWE return. Either way, it’s something to consider as WWE carries on to Summerslam with or without Goldberg in their plans.