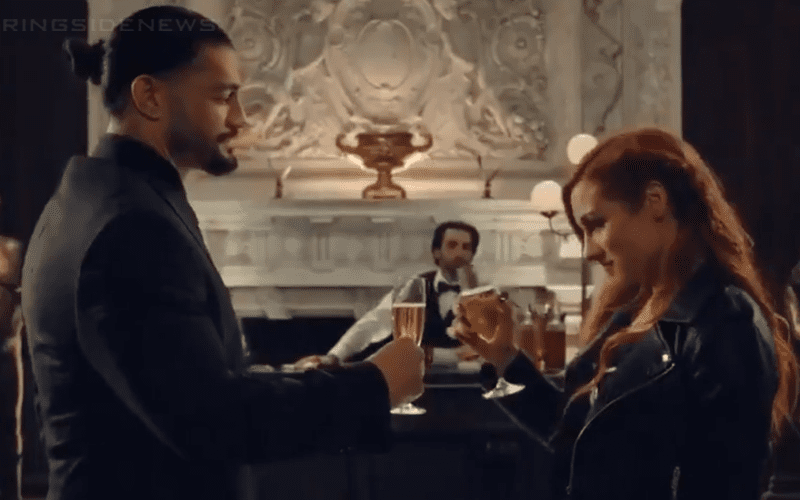 WWE 2k20 is going to be released on October 22nd, but fans are very excited to see what kind of big announcement the company will make concerning this year’s cover Superstar. The big announcement isn’t expected until tomorrow.

In the meantime, a new trailer has leaked and it features plenty of legends and current Superstars. Velveteen Dream is also there enjoying the party at what we can only assume is Hulk Hogan’s house.

It also has a pretty great appearance from The Man, Becky Lynch. Roman Reigns is also there as Lynch crashes a sophisticated party as she literally falls through a glass ceiling. The metaphor of Lynch breaking the glass ceiling was not lost on us.

Ring Rules says in a report translated from Arabic: “Roman Reigns and Becky Lynch are the game cover leaderboards.”

We have heard that 2k might go with multiple Superstars on the cover of this year’s game. So we’ll just have to wait and see what they big announcement is tomorrow.