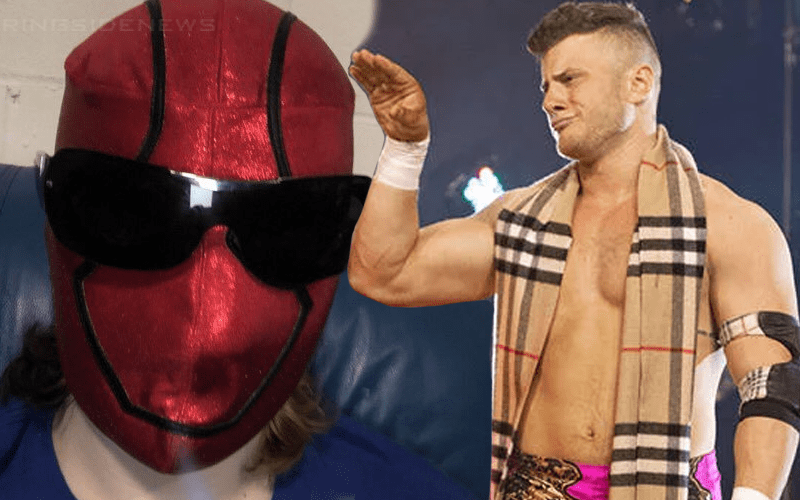 MJF is the Salt Of The Earth, but he could due for some serious verification on both Twitter and Facebook. Too bad he said that Twitter is afraid of him.

One troll thought that he would get back at Maxwell Jacob Friedman by sending a hateful message to him that was barley readable. The general idea is that he thinks MJF sucks and is a nerd… and he “sleep” with MJF’s mom.

Not to be outdone, MJF tweeted out this “fan’s” mean message along with a screen shot of what this guy actually looks like… under a lucha mask.

“MFJ you suck HAHAHAHA I spelled your initials wrong u betch u is a loser I sleep with your mom nerd”.

I look at accounts pro pic-

MJF is a heel, but it’s hard not to root for someone who gets it as much as he does. We’ll just have to see if he will continue to troll his haters like this, but it is definitely entertaining us.