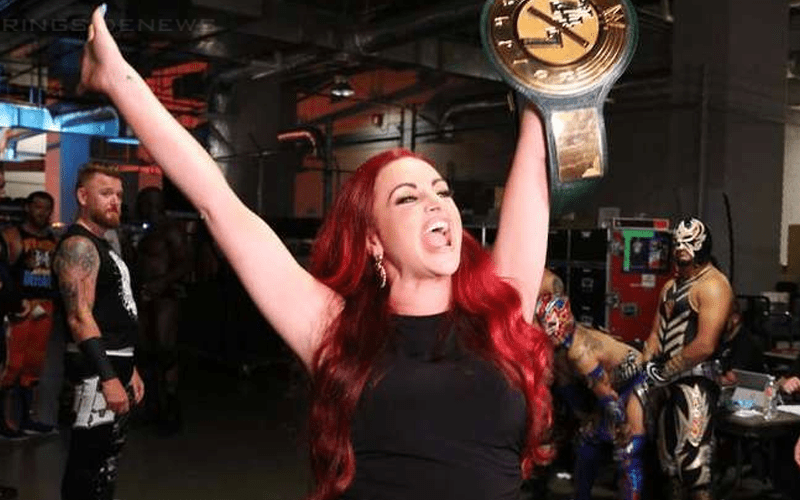 Maria Kanellis is the first pregnant champion in WWE History. Now she’s really rubbing it in more than before.

One fan asked Kanellis “how’s the WWE 24/7 Championship?” They probably didn’t expect such a detailed response from Maria Kanellis.

As it turns out, Kanellis is getting a lot of use out of her new title. Because she is implementing it in ways that most fans wouldn’t have thought about before.

It makes a great pillow, bra, coverup, iPad stand, Freddie uses it as a dolly bed, and dinner plate….

We will have to wait and see how long Maria Kanellis is able to hold onto her new title. WWE might have booked themselves in an interesting situation here because she can’t really wrestle a match while carrying a child.

There are some under the assumption that she could hold the title for the duration of her pregnancy, but Drake Maverick has also stated that he would have no issues pinning a pregnant woman to get his baby back.