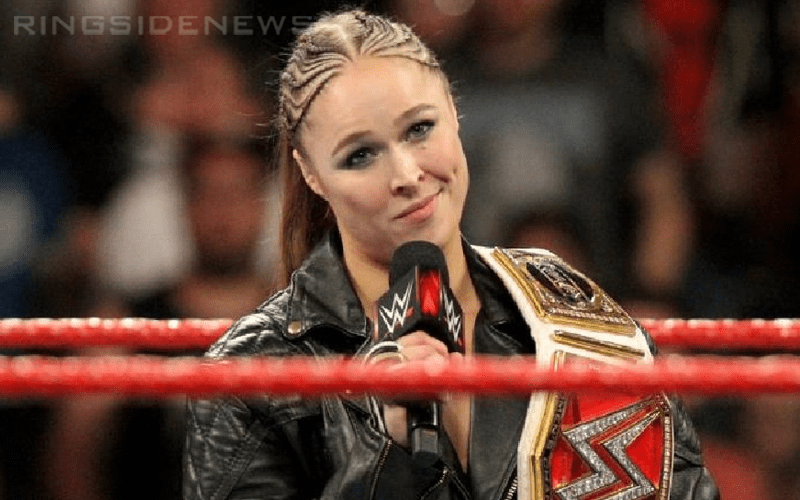 Becky Lynch is still the Raw Women’s Champion months after WrestleMania, but how is WWE doing four months after Ronda Rousey stopped appearing on television every week?

Dave Meltzer discussed WWE’s decline during Wrestling Observer Radio. He said at this point there is no denying that Rousey was the draw in her WrestleMania feud.

The plan was for The Man to be elevated to the spot where she doesn’t need The Baddest Woman On The Planet, but that might not be the case if you look at the numbers.

“I mean it’s like anyone who thought that Becky Lynch was the most valuable woman in that company, there is no way now. I mean, you could argue it before, but there is no way. It’s so clear that this thing was carried by Ronda and Ronda’s name because if Becky Lynch didn’t work with Ronda… I mean, granted she worked with Lacey Evans, that’s a big drop.”

House show attendance, WWE Network subscriptions, and television ratings are the easiest ways to determine the success of WWE right now. It was noted that those are not holding up at all.

Becky Lynch still might be very popular, but after Ronda Rousey’s exit from WWE as a full-time Superstar the proof is apparently in the numbers that WWE misses her star power immensely.