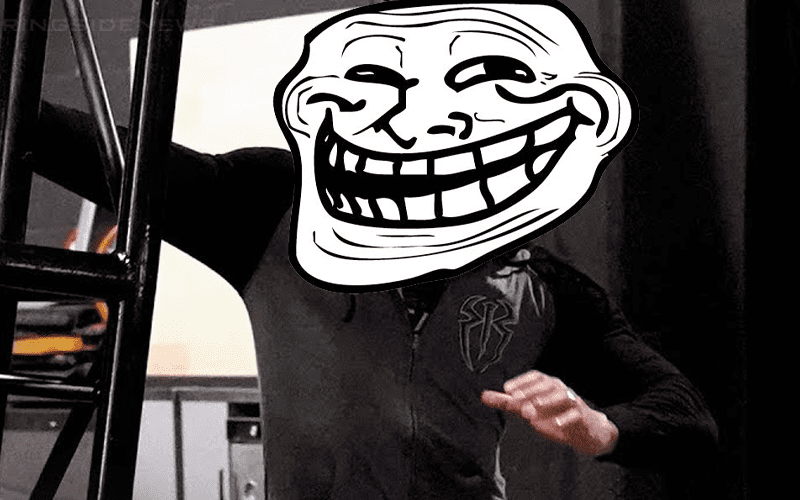 WWE ended SmackDown Live in a very interesting way this week and fans aren’t letting them live it down.

Roman Reigns was crushed by a falling piece of the set and then more pieces of production equipment followed. Now WWE is blaming a forklift that wasn’t secured.

Fans are not buying this angle and they are now trolling WWE in a big way. We’ll just have to wait and see what happens next, but it’s likely to end with Roman Reigns finding out who he’s facing at Summerslam.