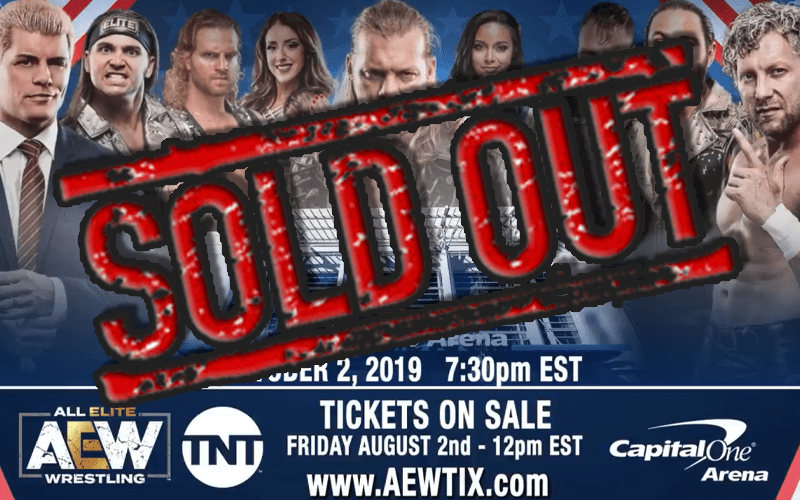 AEW is premiering on TNT and it could be a huge event in television history. That is why Ticket Master was caught off guard in a big way and it caused major problems for fans trying to get tickets for the show.

Bryan Alvarez mentioned on Wrestling Observer Radio about the AEW TNT debut ticket situation. He’s been told that all of the tickets are essentially sold out at this point. However, more tickets will be available eventually.

“I believe that if not every ticket is sold out, then 98% of the tickets are sold out. The number Dave got was 9,200, the number I got from AEW was 10,000 and I was told that they had to kill approximately 3,000 because of production and once that is figured out then those tickets are gonna go on sale.”

It looks like about 10,000 tickets were put on sale today and they’re all gone. Alvarez later stated that AEW confirmed with him that all tickets are now sold out.