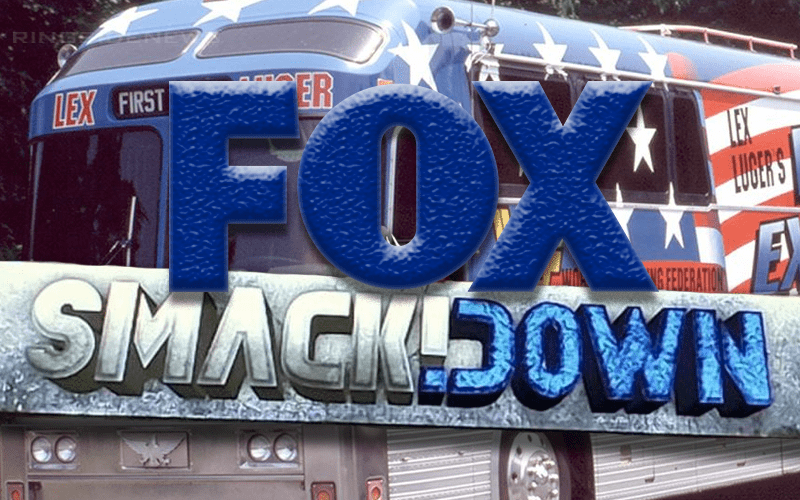 WWE’s SmackDown show is moving to Fox on October 4th. This is going to be a very exciting time for pro wrestling fans as AEW’s new television show will make its TNT debut on October 2nd. However, WWE is trying to make the biggest noise possible to make sure people know about their new location.

Brad Shepard reported on Oh, You Didn’t Know that WWE has some big plans to promote their move to Fox. This will include a Lex Express type caravan to spread the word about the blue brand’s new channel and night.

Some of the details Shepard revealed makes it look like WWE is taking some notes from the Army in their recruitment efforts. Except WWE doesn’t want anyone to go to war, unless it’s against AEW.

“The SmackDown Express will be state of the art and an interactive company trailer will accompany them from city to city. It was described to me as close to the trucks that the Army uses on their recruitment tours with HD monitors showcasing the best SmackDown matches from over the years. Free mugs and t-shirts and water bottles and memorabilia pieces etc. Complete with tour guides who will answer questions.”

“The talents who will travel in the bus haven’t been decided on yet, but I’m told they will alter folks in and out. Meet and greet tents will also be set up next to the trailer and a small ring may even be set up in certain cities for a free three-match show in arena parking lots.”

“I should know the launch date soon, but the potential launch date is August. They are ramping up the word and promotional marketing for SmackDown.”

We previously reported that WWE’s primary focus right now is their SmackDown move to Fox. This makes sense considering all the money Fox is pumping into the company. We should also expect a brand new look for the show as well.

Hopefully, WWE putting so much effort into spreading the word about their SmackDown jump will encourage fans to tune in. If anything, bringing awareness to pro wrestling will be best for business all around as everyone involved in the industry is certain to benefit if they do it right.