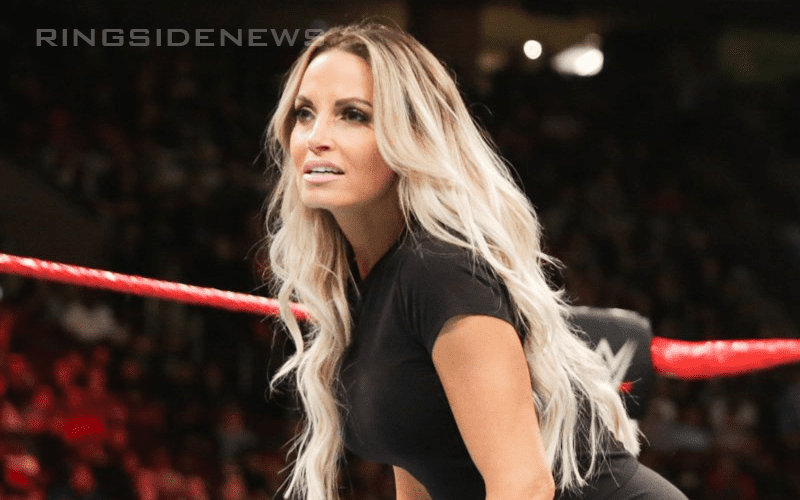 Trish Stratus made her return to WWE television last night as part of the King’s Court with Jerry Lawler. Of course, this appearance was met with a challenge from Charlotte Flair which set up a Summerslam match.

Brad Shepard gave some details about Trish’s current training regiment and who will be helping to put this match together during the latest episode of the Oh, You Didn’t Know podcast. He also revealed that she is learning a very interesting finishing move to possibly give Charlotte Flair a taste of her own medicine.

“Trish is practicing the figure four as well so she may pull that out during the match.”

It will be interesting to see how Trish Stratus is able to work a figure four leglock into her match against Charlotte Flair on August 11th. Of course, Stratus likely knew this move already, but it never hurts to brush up on your knowledge after being out of the ring for so long.