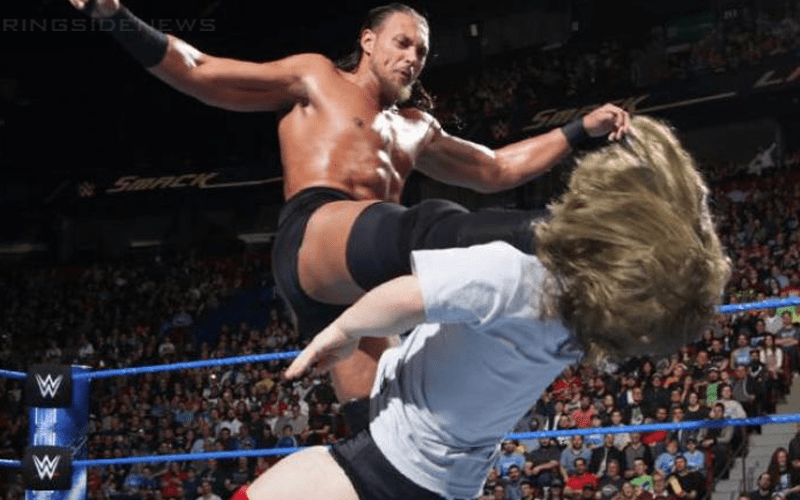 Big Cass’ final feud in WWE was against Daniel Bryan. During the build of that program, Cass brought out a little person dressed like Bryan and then proceeded to destroy him. He nailed a running boot and carried on far past the scripted beat down he was supposed to give.

While speaking to Pro Wrestling Sheet, Cass opened up about that beat down and he obviously regrets that decision.

“It was a f*cking mistake. It was a dumb decision on my part. So stupid. It was probably the worst decision I ever made. And it’s so crazy what I was going through at the time, because if you would’ve told anybody two years prior — even a year prior — that I was gonna do that, they would’ve said ‘you’re f*cking crazy. He’s a model employee.’ I regret it to this day. So f*cking stupid. I just did what I thought was right and it was a very stupid decision. Very f*cking stupid. I shouldn’t have done it.”

Big Cass was let go a short time later after destroying a little person in the ring. It was a pretty violent display and a real shame too because Cass could have been a contender. You can never say never about a potential return though because he is in great shape once again and back on the right track.

You can check out the segment that Big Cass was talking about in the video below or click here if you’re having problems viewing the video.