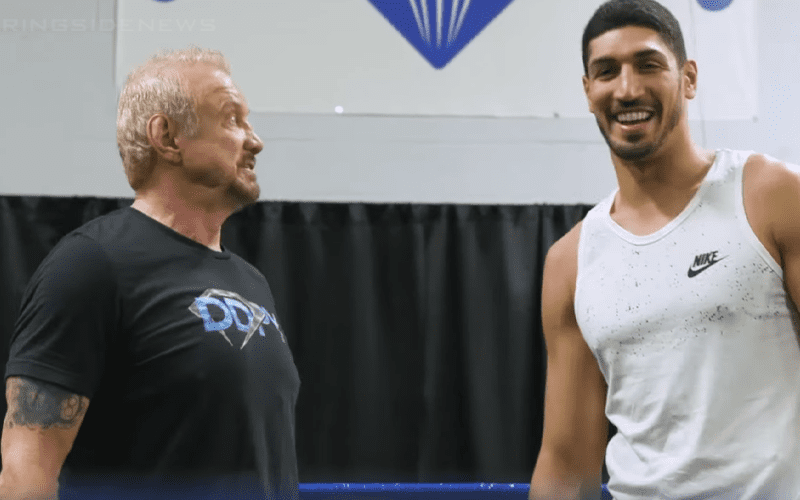 Enes Kanter could be interested in a pro wrestling career after his days playing basketball are over and he’s already friendly with Paul Heyman. Now he is getting some more training from DDP.

Kanter was featured in a new video along with Diamond Dallas Page where he learned the ropes in a big way. This is a pretty long video, but it’s worth a watch. It also gives fans a lot of insight into what it is like to learn pro wrestling.

The 6-foot 11-inch center has already been brushing up in the ring and he might have a finishing move all lined up already. In fact, he’s pretty good at hitting a Diamond Cutter.

This could be a very interesting career move for him, but WWE has gladly accepted pro athletes from other sports on their roster in the past.