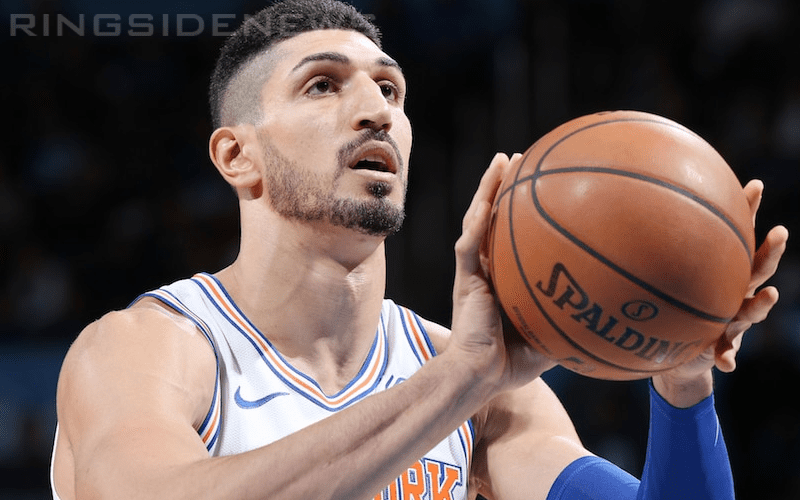 WWE loves having cross-over athletes around, especially those who really have a passion for the business. It seems that Portland Trailblazers star Enes Kanter is passionate about WWE for more of a reason than the fact he is dating Dana Brooke.

Kanter is also a friend of Paul Heyman’s and the two have met on several occasions. Enes Kanter spoke further about WWE aspirations with Hoops Rumors where he said that he wants a meeting with Vince McMahon to see what they can do.

“Actually, I was just watching RAW on Monday night. I’m very serious about it. I feel like it’s my world. You just got to go out there, talk trash, troll people. Lifting, I love lifting. It’s just fun, man. I don’t want to stop my sports career when I’m done with basketball. A lot of people go into broadcasting, coaching, but I want to continue opening the door in sports. That’s why I’m very serious about it. I’m already in contact with some of the people from .”

“Paul Heyman, some of the wrestlers. I’m actually trying to meet with Vince McMahon.”

It might be very interesting to see what Enes Kanter can do in the ring. He is incredibly athletic and could make a natural transition. It will all depend on his determination to learn pro wrestling as well so he might spend some time in NXT first, but with a friend like Paul Heyman he could go places in WWE.