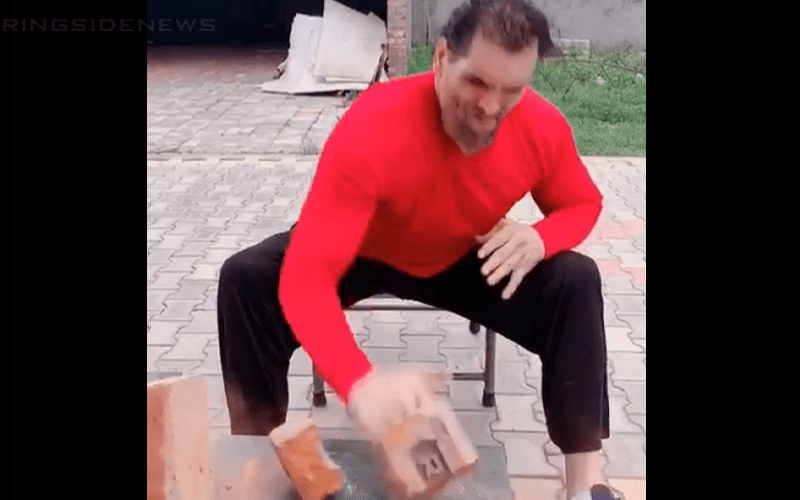 The Great Khali might not be touring with WWE anymore or appearing on television with the company, but he’s still around. He also recently wanted to prove that he’s still got it.

By “it” we mean that he has the ability to destroy things with his bare hands. We’ve seen him try to flip a car before, but this time he was much more successful.

The Great Khali looked pretty pleased with himself too, but why wouldn’t he be? So, he got this video right on his Instagram.

It’s good to see that he’s still able to do pretty much whatever he wants because he’s still the Great Khali.