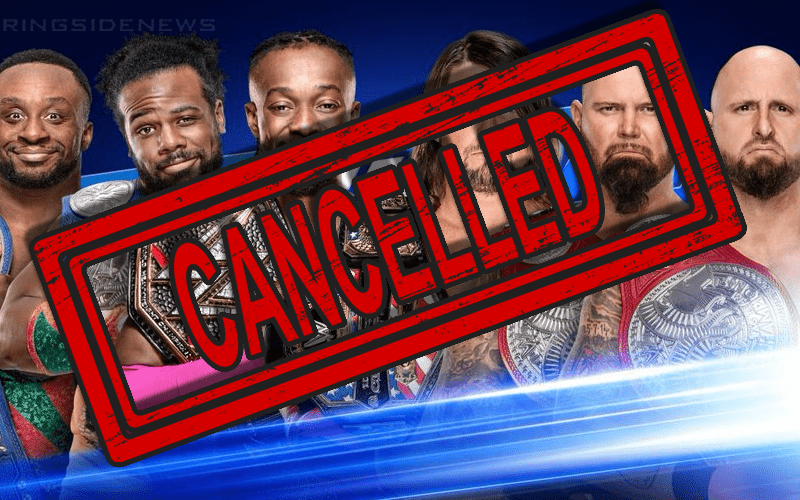 WWE is going through a lot of changes backstage and apparently Vince McMahon wants even more of them than ever before. Because The Chairman showed up to SmackDown today and ordered that the entire show be re-written.

This meant that the writers needed to overhaul the complete script hours before they are going live on the USA Network. That is an extremely high pressure situation because Superstars want to be told what they’re doing too.

WWE announced that The New Day will be facing The OC tonight. People were very excited about this match, but then somebody apparently changed their mind about holding this dream match with no real notice and no real hype except for a tweet. After all, that match seems destined for an event like Survivor Series instead.

Now that match is off. The match is now just AJ Styles vs Kofi Kingston in a non-title match with their stablemates in their respective corners. WWE also deleted their original tweet promoting the match.

That isn’t quite the six man stable battle we were expecting, but Kofi Kingston and AJ Styles will still be able to put on a great match.

Let’s just see if someone changes it again by the time they go live.