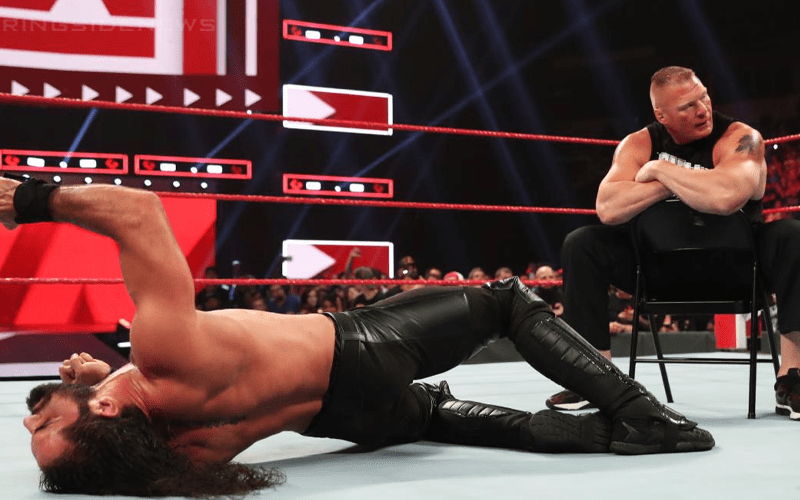 Seth Rollins took loads of punishment from Brock Lesnar this week on Raw. That couldn’t have been fun and he sold the attack like a champion even though he’s actually the challenger as they roll into Summerslam.

WWE has confirmed that they are taking Brock Lesnar’s assault very seriously. In fact, Seth Rollins is scheduled for a series of evaluations to determine the extent of the damage he sustained after taking all of those F5s on a steel chair.

Seth Rollins is reportedly undergoing a series of evaluations and we will have more details as they became available on WWE Digital.

Rollins was coughing up blood on live television. Although it was a blood packet, it’s still very interesting timing considering how Vince McMahon buried AEW for being “blood and guts” programming.