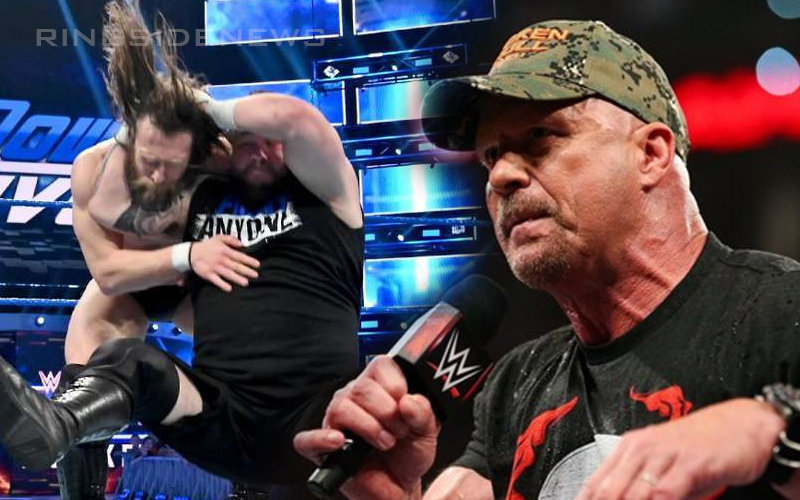 Kevin Owens is getting a tweener push like he always wanted in WWE. Now it’s almost like a dream come true as WWE christened him with the same finishing move as his hero “Stone Cold” Steve Austin. However, nobody can really be the next Rattlesnake.

While speaking to Sports Illustrated, Steve Austin advised against saying that Kevin Owens will be the next incarnation of Stone Cold. Because Austin went through that himself as people said he would be the next Ric Flair.

Owens is good enough to stand on his own and that’s exactly what he wants to do. If he’s using the KO Stunner in the process then that makes things even more fitting.

“With Kevin Owens, don’t throw my name on there. This guy can talk a lot of trash, he is great in the ring, and he’s using my finisher, but hell, no one is going to be the next Steve Austin.”

“My finish was being used by someone else before I really made it famous, or trademarked it, so to speak. So I told him, go ahead and use the Stone Cold Stunner.”

Kevin Owens has Steve Austin’s blessing to drop people with the Stunner, but that won’t automatically make him the next Stone Cold. It is important to remember that Owens needs to stand out for his own uniqueness as well. Fans seems to be latching onto his new anti-authority gimmick which is a very good sign. Where WWE goes with it from this point on is really what matters the most.