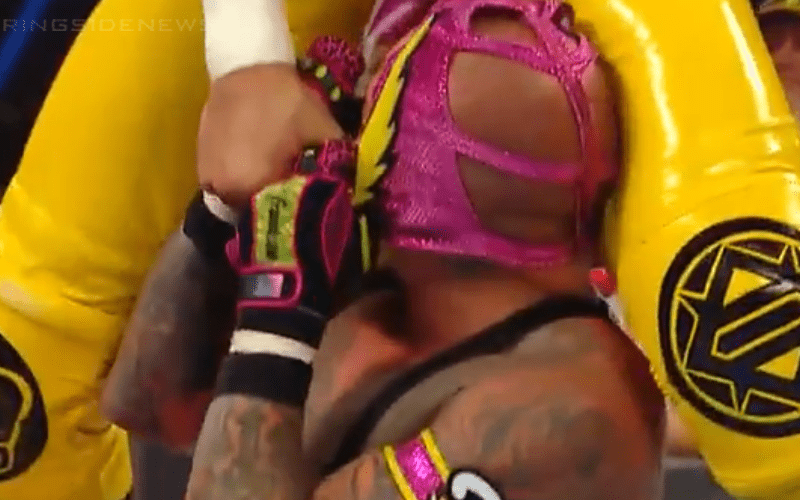 Rey Mysterio had quite an interesting night on Raw this week. He didn’t win the #1 contender’s Gauntlet Match for the US Title, but then things got even worse when Andrade ripped off his mask.

The internet reacted in a big way once Rey Mysterio’s bare face was shown to the world for a split second on Raw this week. After this incident was over, he found another mask and cut a promo backstage. It’s a good thing he travels with more than one mask.

Mysterio said that he’s disappointed for not winning the Gauntlet Match, but he can’t let that weight live on his back for long because he must move on. What really matters to him is his mask, but he seemed to get his history wrong when saying the only people who have ripped his mask before was Eddie Guerrero and Randy Orton. Because plenty more have ripped at Mysterio’s mask including Chris Jericho.

This seems like it’s building toward something interesting though as Andrade and Mysterio’s rivalry heats up once again.