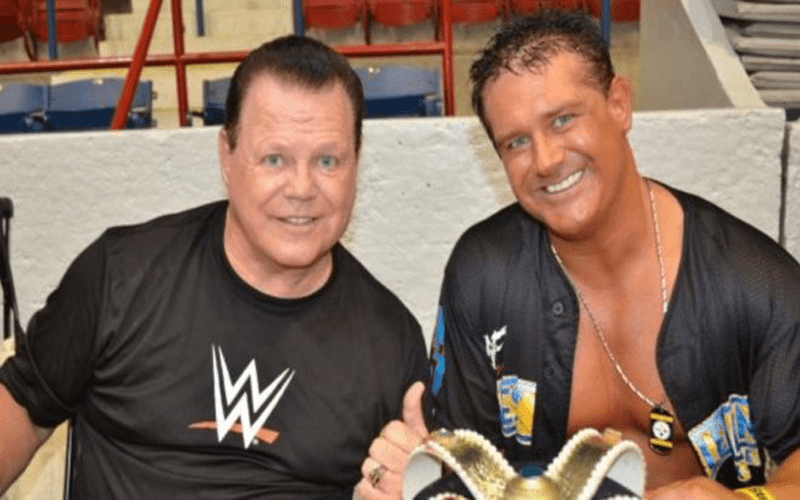 Brian Christopher passed away far too soon. He was found hanging in a Tennessee jail cell while being kept in isolation. There are a lot of pieces to this story that don’t add up and now Jerry “The King” Lawler is taking action.

TMZ reports that Jerry Lawler is tired of waiting for answers and he’s taking them to court. Lawler is suing the Hardeman County Sheriff’s Department because they allegedly knew about Christopher’s risk of suicide.

Lawler’s attorney Jeffrey Rosenblum states that Brian Christopher tried to commit suicide while in police custody in 2013 and 2015, but there were no efforts made to stop him from doing this in 2018 when he was arrested and incarcerated before his death.

Rosenblum also states that while he was incarcerated Brian Christopher was attacked by an inmate and he suffered a head injury, a gash over his left eye, and a possible concussion. However, he was refused medical services.

Instead, Lawler was allegedly placed in solitary confinement with his shoes and shoe laces — and the cell had two large bolts sticking out of a high point on one of the cell walls.

Brian Christopher was also allegedly yelling for help saying that he needed to see a doctor before the time of his death. Ultimately, Christopher hanged himself with his own shoe laces using those bolts in the wall.

Jerry Lawler plans to give any money he gets from this lawsuit to Brian Christopher’s son. He wants to hold those responsible for facilitating Brian Christopher’s death accountable for their actions. He is also seeking an apology as well as assurance that there are changes so this kind of thing never happens again.