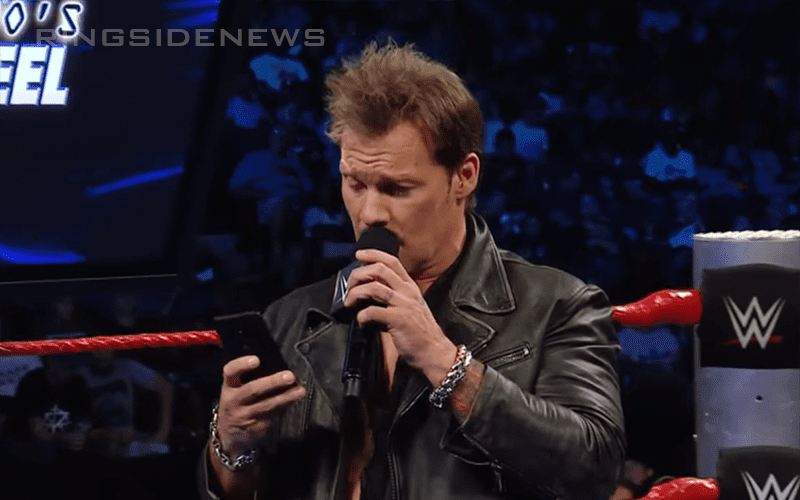 During Being The Elite this week, Chris Jericho participated in a BTE Mail Bag question after intense negotiations and he agreed to answer one question. This fan asked Jericho if Tony Khan offered him his AEW contract via text. Of course, this is a question that falls in line with CM Punk’s recent remarks about how Cody texted him an offer.

Jericho replied that not only did his contract not come via text or tweet, but Tony Khan doesn’t even have his number. Because Khan isn’t in Y2J’s inner circle.

“Let me make this very clear. Tony Khan does not tweet me, Tony Khan doesn’t text me because he doesn’t have my phone number. That’s all secret information for my inner, inner circle. Tony Khan is not one of the inner circle nor is anyone else in AEW.”

“What they did was call my 1-800 number that I have set up, which is hard to get by the way. You think Bill Murray’s is hard, mine’s way harder to find. So they found the 1-800 number. Tony Khan submitted a message. I said if you send a private 747 jet to my airfield and fly my to the the Atlantis in the Bahamas. Put me up in the king suite, one of the ones Oprah stays in — I think it’s $100,000 a night — for a week minimum and I’ll give you 10 minutes of my time. If you give me good stuff I will accept it so that’s what he did.”

Chris Jericho eventually made the deal and signed a huge lucrative contract with full creative control for not just himself, but for the entire company. This is why AEW fans and management needs to thank him for his wonderful service.

Jericho might become the first-ever AEW World Champion at All Out, but he’ll have to defeat Hangman Page in the process. In the meantime, Chris Jericho will keep doing as he pleases away from AEW and while he’s there as well.

He’s still waiting on that thank you.